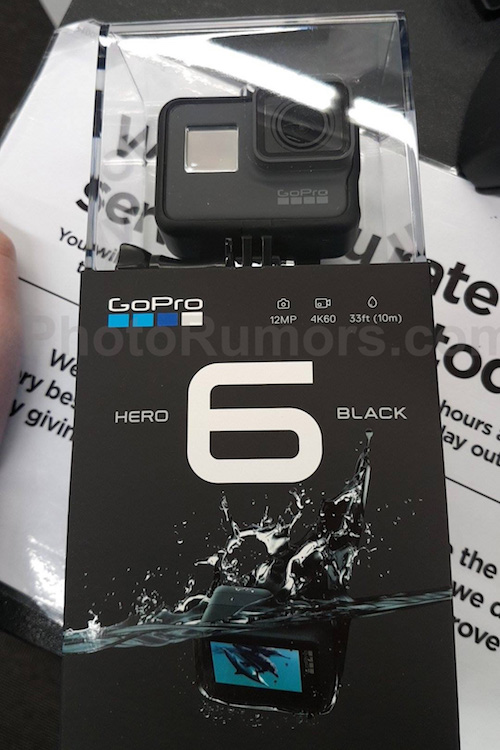 It appears that a photo of the upcoming GoPro HERO6 Black’s final retail packaging has leaked online. And judging from the brief specifications listed on its packaging, it will be capable of capturing 12MP photos, and record 4K videos at a silky-smooth 60 frames per second.

For comparison, its predecessor, the HERO5 Black, could only muster 4K video recording at 30 frames per second.

According to Photo Rumors, who posted the leak, the HERO6 Black will share a similar design as the HERO5 Black, which means existing owners won’t have to spend extra on new accessories. The site also mentioned that the HERO6 Black could possibly be making its debut on Thursday, September 28, 2017.

No estimation on how much it would cost, but to give you a rough indication, the HERO5 Black launched in Malaysia almost exactly a year ago with a retail price of RM1,849.