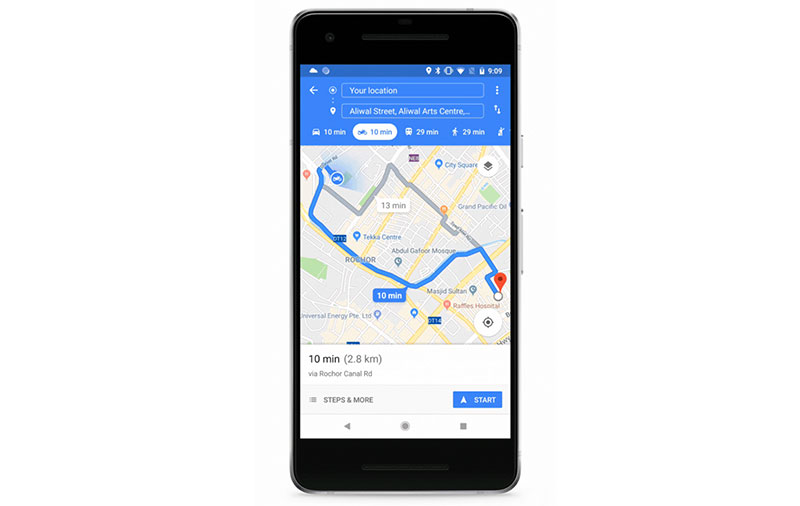 Not just for drivers, Google Maps has always been useful for public transport users, with features like sending an alert when it’s time to get off the train or bus. But strangely, Maps hasn't had as many features designed for motorcyclists. Until now.

In addition, Maps is now able to mark out restricted roads that motobikes aren't allowed to travel on, as well as offer easy-to-memorize routes, using landmarks along the way.

Google says this new motorbike mode is built specifically for Asia-Pacific motorbike riders in mind and was first developed in India. In addition to Singapore, the feature is now live in the following Southeast Asian countries: Indonesia, Malaysia, the Philippines, Thailand, Vietnam, Taiwan, Hong Kong, and Myanmar.