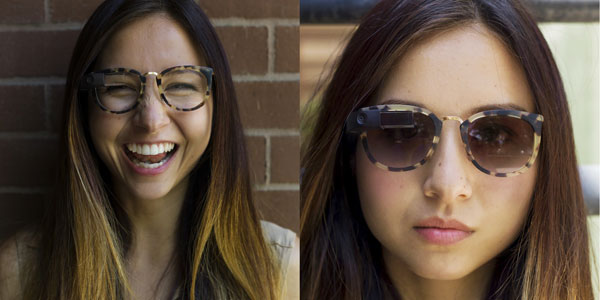 Besides the privacy issues (and there are quite a few) associated with Google Glass, one of the biggest concerns with Google's wearable tech is that it looks incredibly geeky. Due to its futuristic design, Google Glass users stand out and can be spotted from a distance away.

From a distance, the redesigned Google Glass Rosenberg is wearing looks like a pair of regular prescription glasses or a pair of fashionable sunglasses. However, take a closer look and you will be able to see the Google Glass peripheral (in black) blending in nicely on the right side of the frame.

While this isn't an indication that users will be able to get their Google Glasses in this fashionable flavor anytime soon, it shows that the Google Glass peripheral can easily be attached to frames with more user-friendly designs.

This would in turn make Google Glass much more appealing to regular consumers who are put off by the futuristic look the device currently has.

Unfortunately, Olsson's post didn't reveal any additional details about the future of Google Glass, but judging from the positive comments on her post, it seems that the new designs seem have great appeal.

Some commenters are even asking for the Google Glass peripheral to be removable so that users can switch it to any frame they want.