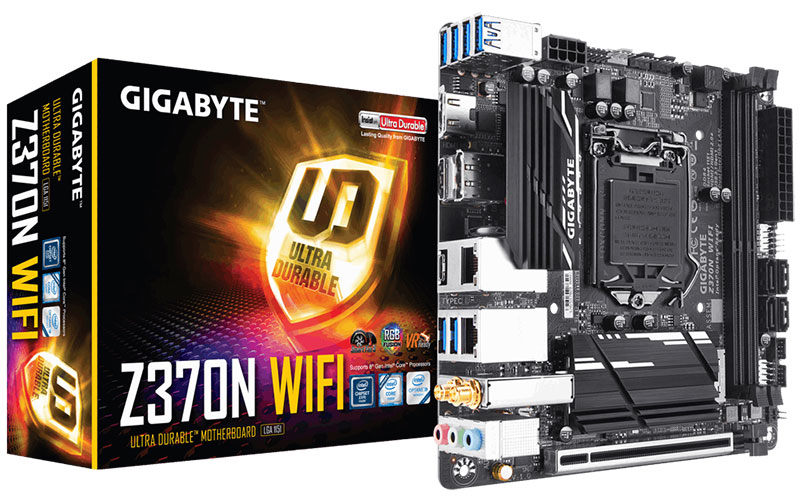 Gigabyte has announced the Z370N WIFI, a mini-ITX motherboard that looks like it has the chops to be part of your new compact gaming rig based on Intel's 8th generation processors.

One interesting feature is its support for PCIe bifurcation, which means you can run two graphics cards off the single x16 slot in x8/x8 mode.

Of course, this requires a separate riser card, and you'll need the space in your chassis for the second graphics card, but it provides users with the option to maximize the single PCIe 3.0 x16 slot on the board and opens up expansion options usually unavailable to micro-ITX boards.

In addition, it comes with dual M.2 sockets, both of which support PCIe SSDs. However, one of the M.2 connectors is located on the back of the motherboard, which looks to be Gigabyte's way of circumventing the space restrictions of the mini-ITX form factor. 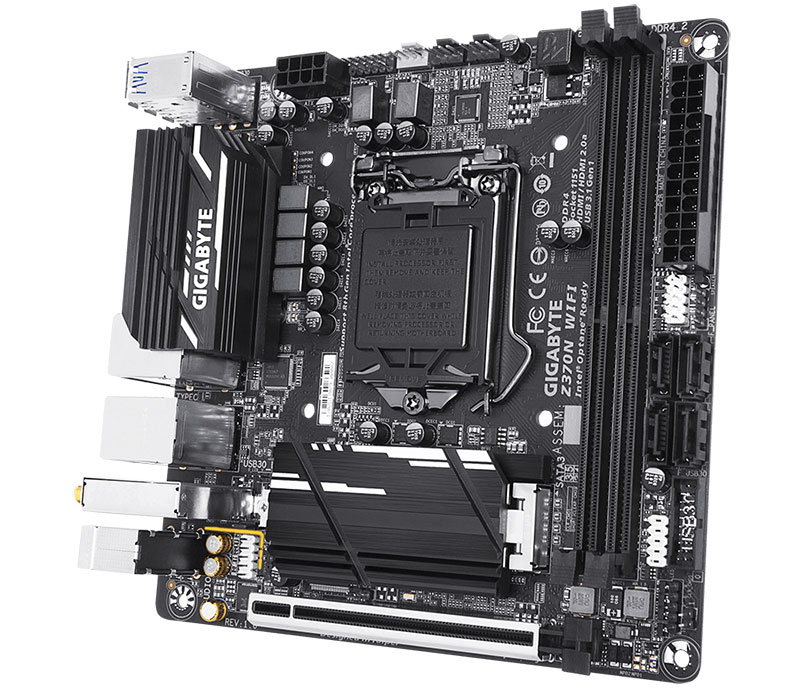 The M.2 socket at the back also doesn't support SATA drives, although the one on the front of the board does. The latter also sits under a Thermal Guard shield that is one of those solutions that purport to be able to keep these small drives cool and running fast.

Other nice inclusions for such a compact board are the dual Intel Gigabit LAN ports, on top of 2x2 802.11ac Wi-Fi connectivity. There are full-sized ATX boards that lose out to the Z370N WIFI in terms of network connectivity options, so we definitely appreciate what Gigabyte has done here.

Enthusiasts will like the built-in temperature sensors and dedicated fan and water pump headers, while there's a 4-pin RGB lighting header that will let you hook up external digital LED strips to spruce up your build.