Gigabyte reveals 'made for Threadripper' X399 AORUS Gaming 7 board

Gigabyte reveals 'made for Threadripper' X399 AORUS Gaming 7 board 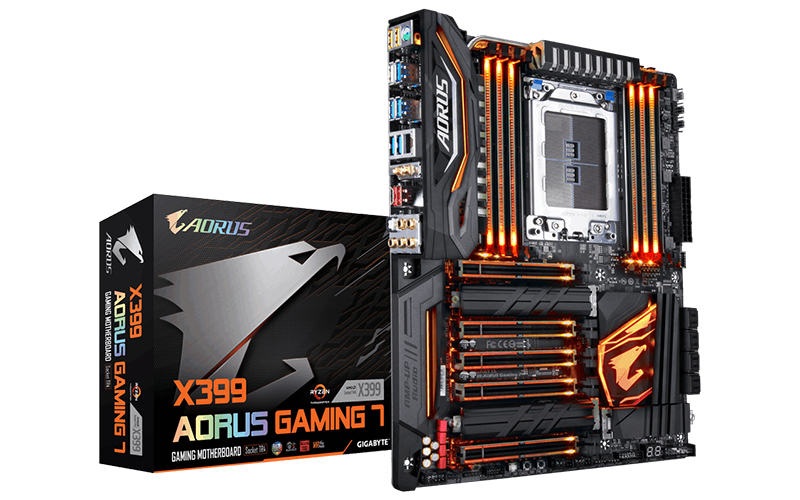 Gigabyte has released more details on its upcoming X399 AORUS Gaming 7 motherboard, in preparation for the early August debut of AMD’s upcoming enthusiast-grade Ryzen Threadripper CPUs. We've had glimpses of X399 boards from various brands before, including of the X399 AORUS Gaming 7, but this is the first time we've had concrete details.

AMD’s massive 4,094-pin TR4 socket dominates your view of the board, and it spans almost the entire length of the RAM slots. This is also a LGA socket, marking AMD’s shift from the PGA (Pin Grid Array) socket on its AM4 boards to the LGA (Land Grid Array) design favored by Intel.

Gigabyte is touting what it says are server-class power design and chokes that offer improved reliability and can handle higher current capacities. The company also mentioned that it worked to reduce heat created by power loss and boost power delivery efficiency through a new design.

But despite the huge CPU socket, this is a standard ATX-sized motherboard.

RGB lights sit underneath both the PCH and VRM heatsinks, and line the PCIe sockets and RAM slots as well.

Threadripper offers up to 64 PCIe 3.0 lanes from the CPU, which is perfect for up to four-way multi-GPU setups. As a result, it’s not surprising to see the X399 AORUS Gaming 7 feature four PCIe 3.0 x16 slots and a fifth PCIe 2.0 that runs at x4 speeds.

Further tapping into the generous number of PCIe 3.0 lanes are the three M.2 sockets, all of which support both PCIe and SATA-type SSDs. On top of that, you’ll find eight SATA 6Gbps ports on board. 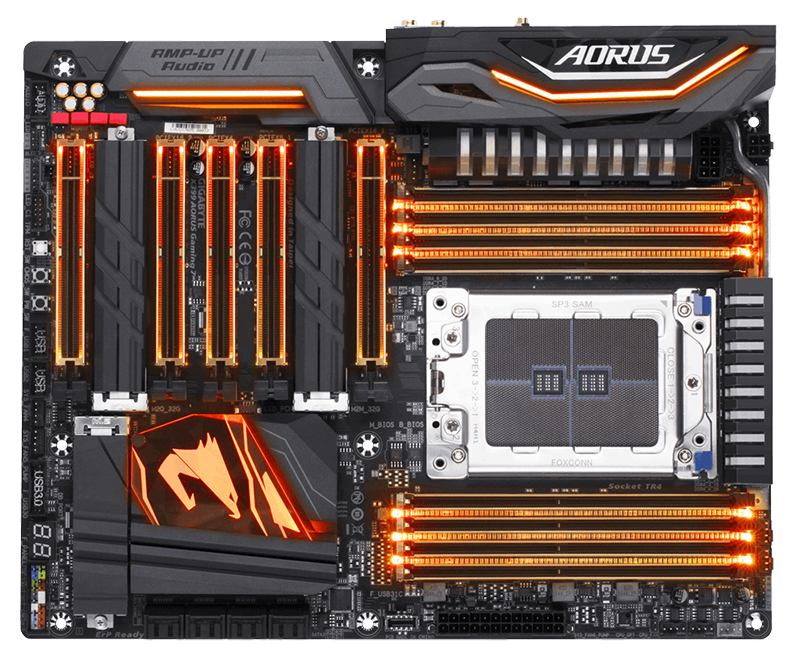 In addition, the board features eight DDR4 DIMM sockets that will take up to 128GB of quad-channel memory.

That said, the board still uses an ASMedia controller to provide a third USB 3.1 (Gen 2) port through an internal header.

We’ll update when we have more news on local price.