Gigabyte has its own Raspberry Pi competitor, and it’s more powerful and customizable

Gigabyte has its own Raspberry Pi competitor, and it’s more powerful and customizable 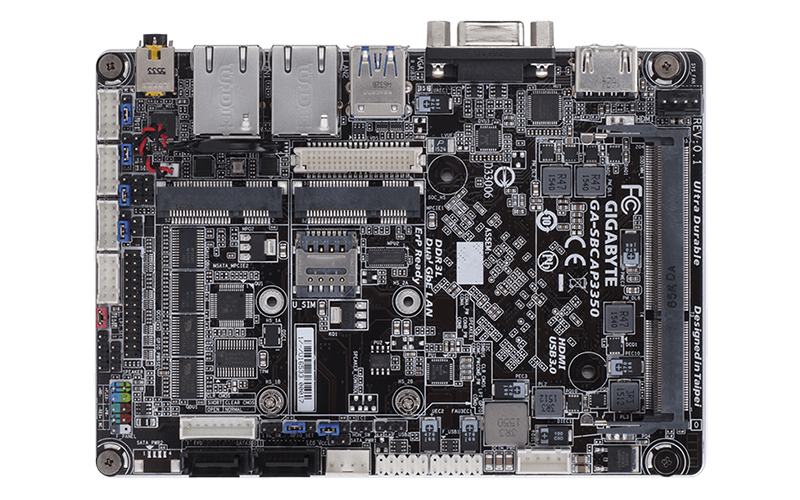 Gigabyte has announced its own take on the Raspberry Pi 3, which will be more powerful and offer better upgradeability than Raspberry’s popular single-board computer. This isn’t the first time a PC component manufacturer has tried to offer its own alternative to the Pi 3, and ASUS also announced the Tinker Board this year.

But unlike the Tinker Board, the GA-SBCAP3350 (Gigabyte should really come up with something better sounding) is almost twice as big as the Raspberry Pi 3, measuring 146 x 102mm.

It is also packed with more performance-oriented features, such as a large aluminum heat spreader on the underside of the board that Gigabyte says improves thermal performance and longevity.

Furthermore, it differs from the Raspberry Pi 3 and ASUS Tinker Board in not offering everything you need built-in. For instance, you will need to add your own RAM to the single DDR3L SO-DIMM slot.

The board supports up to 8GB of memory, a significant boost over the 2GB of RAM found on the Tinker Board (the Raspberry Pi 3 itself comes with only 1GB).

In addition, there is a mini PCIe slot for an mSATA SSD, two SATA connectors for regular drives, and a slot for a half-length Wi-Fi card.

It is powered by an Intel Celeron N3350 CPU, a dual-core Apollo Lake chip that has a 1.1GHz base clock and 2.4GHz burst frequency. The use of an x86 chip allows the GA-SBCAP3350 to run more powerful operating systems and applications, compared to the quad-core ARM-based processors on the Raspberry Pi and ASUS Tinker Board.

That said, the CPU is soldered to the board, so it is not upgradeable. There’s a wide range of I/O connectivity options as well, including two USB 3.0 ports, dual Gigabit Ethernet jacks, and an HDMI port that supports 4K video at 30Hz.

Gigabyte’s board appears targeted at businesses, and it’s sort of a step up from the Raspberry Pi while stopping short of a traditional PC motherboard. Still, those who like to tinker about with hardware and are looking to build a super tiny PC may find their interest piqued.

We’ll update when we have news on availability and price.