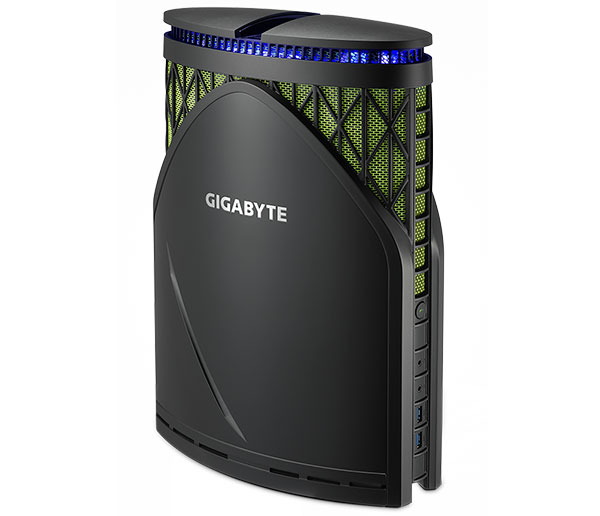 Gigabyte has unveiled a new small form factor gaming PC, the latest addition to its Brix series of compact machines. Unlike some of the other ultra-compact systems in the series however, the Brix Gaming GT desktop is designed as a serious gaming machine with a considerable amount of firepower.

The new Brix stands out – for better or worse – because of its queer-looking design, which is best described as a tall oval crowned by green mesh and exhaust vents. The PC draws air from the bottom and vents it out at the top, so there’s actually a functional reason behind the design.

It also turns out that the top of the PC comprises a couple of “exhaust fins” that can open up to maximize air flow during heavy loads, which only adds to the strangeness of the whole design. 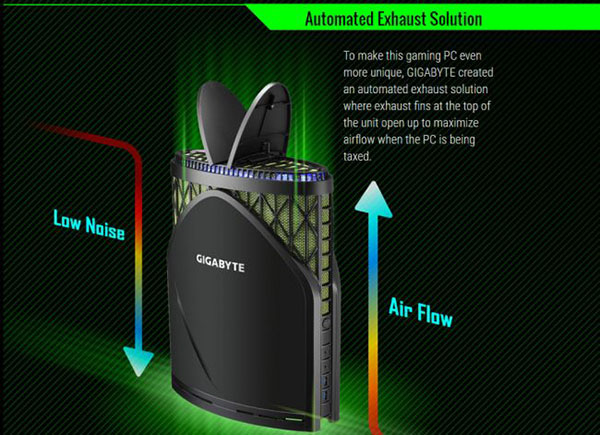 The 10L chassis isn’t exactly a looker, but the hardware inside fortunately help make up for that. It is equipped with an Intel Core i7-6700K processor, 32GB of DDR4 RAM, and a 240GB M.2 SSD and 1TB HDD. Still, the star of the specifications sheet is probably the Gigabyte GeForce GTX 1080 Gaming G1 card inside it, which should provide more than enough horsepower to run any game today.

A second configuration is available with a GeForce GTX 1070 and 16GB of RAM, although that card is no slouch by any means.

Gigabyte’s new systems are clearly ready to handle VR gaming or output 4K content, and with the impending release of Intel’s desktop Kaby Lake processors, we wouldn’t be surprised to see them updated with the latest chips in the near future.

There is no word yet on price or availability.