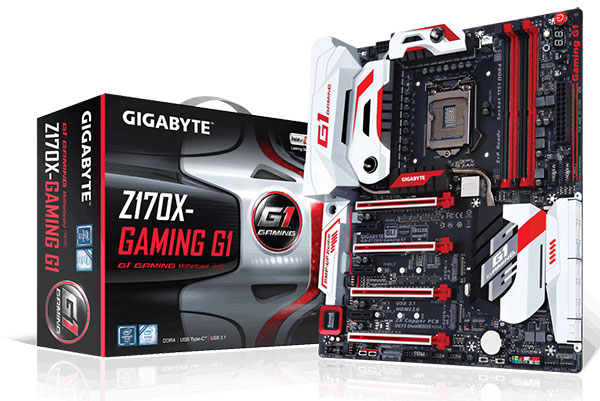 This is a great time to be a PC builder, especially if you happen to be in the market for an upgrade. Following the release of Intel’s Skylake processors, motherboard manufacturers have begun pulling back the curtains on boards based on the new Intel Z170 chipset. Gigabyte has revealed a comprehensive line-up comprising of 12 boards so far, ranging from the more value-oriented Gigabyte Z170X-UD3 to the high-end Z170X Gaming G1.

Gigabyte’s motherboards have traditionally fallen into three categories – Ultra Durable, G1 Gaming, and SOC Force, the latter of which is targeted at serious enthusiasts who prioritize overclocking above all else. As of now, we’ve only seen boards in the first two categories, and Gigabyte hasn’t said when we might see Z170 SOC Force boards.

Rounding up the budget-end of the line-up is the Gigabyte Z170-HD3. As a budget board, it’s lacking some features like USB 3.1 and dual M.2 connectors (it has just one) found on many other Z170 boards. It also has just two PCIe 3.0 slots, one running at x16 and the other at x4, so you really shouldn’t be running multi-GPU setups on it. As a further cost-saving measure, it uses a Realtek Gigabit LAN chip in place of an Intel solution found on more pricey boards in the Ultra Durable series. 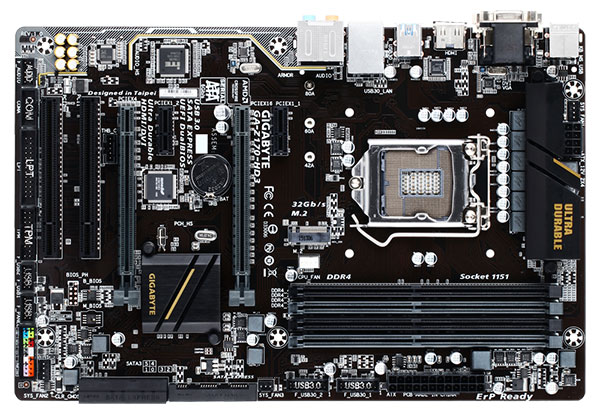 The Gigabyte Z170X-UD3 sports dual PCIe 3.0 x4 M.2 connectors that support a maximum theoretical bandwidth of up to 32Gb/s. It has three PCIe 3.0 slots x16, running electrically at x16, x8, and x4. Other standout features include an onboard USB 3.1 Type-C port on the rear I/O panel, and a second USB 3.1 Type A port. Networking is handled by an Intel Gigabit Ethernet LAN chip. 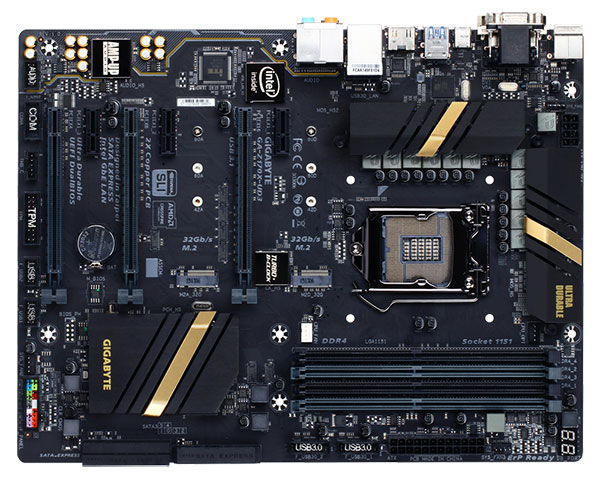 There are four new boards in the G1 Gaming series. We’ve already touched on some of the new features and the Gaming G1 and Gaming M7 boards in our COMPUTEX 2015 coverage, so you can refer to those for additional details. 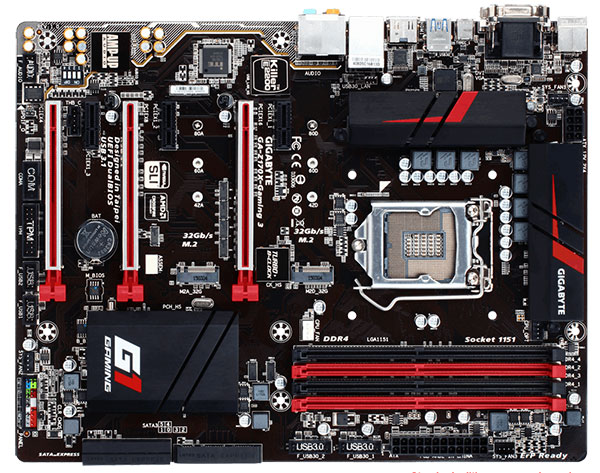 All G1 Gaming boards will come with metal-reinforced PCIe slots, a feature that we’ve already seen on boards from the likes of MSI. According to Gigabyte, this provides up to 3.2x stronger retention force than conventional plastic slots.

The mid-range Z170X Gaming 5 features dual Gigabit Ethernet chips from Intel and Qualcomm. The Qualcomm chip is a Killer E2201 LAN chip, the same as that found on the Gaming 3 board, which lacks the second Intel chip. However, despite the dual LAN chips, there is no support for teaming on the Gaming 5.

USB 3.1 Type-C and Type-A ports are also a fixture on all boards in the Gaming series. But instead of the ASMedia ASM1142 controller, support is provided by the Z170 chipset and Intel USB 3.1 controller. 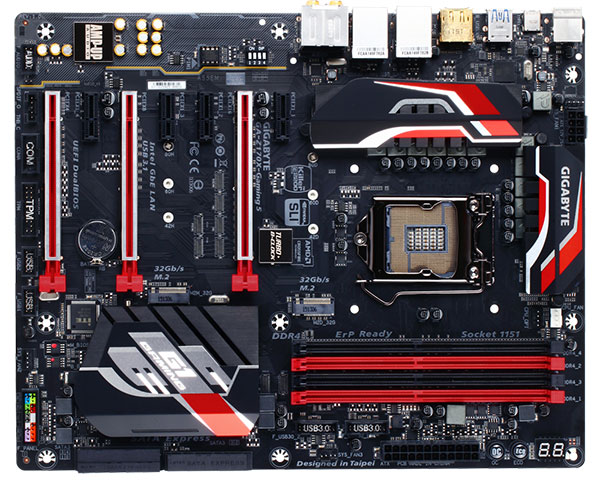 The Gaming 3, 5, and 7 boards have similar PCIe 3.0 slot configurations, with three x16 slots running at x16, x8, and x4. On the other hand, the top-end Gaming G1 board has two PCIe 3.0 x16 slots running at x16 mode and two others running at x8. But because the Z170 chipset has just 20 PCIe 3.0 lanes, Gigabyte has probably included a PLX chip on board to enable two lanes to run at x16 simultaneously. Of course, as with other similar implementations, this has more to do with bandwidth management and switching rather than true provision of an additional 16 lanes. 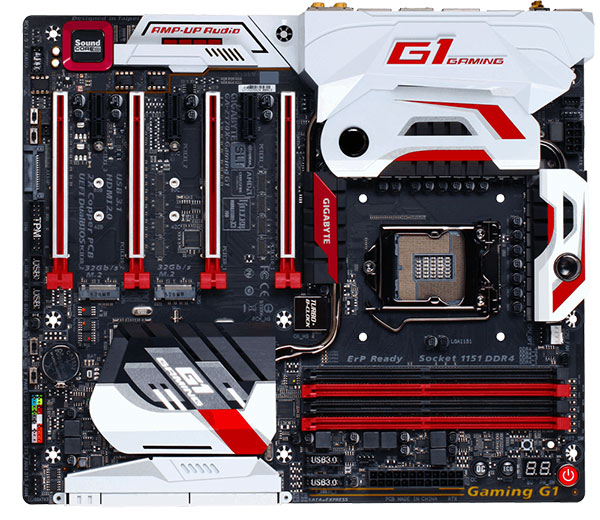 The audio circuitry has also been beefed up to feature a quad-core Creative Sound Core3D audio processor with a Burr-Brown 127dB DAC and an onboard Sound Blaster ZxRi sound card. In addition, Gigabyte has used what it says are Hi-Fi grade WIMA capacitors and Nichicon gold capacitors for a richer low-end and clearer highs.

You can refer to Gigabyte’s website for a full list of available Z170 boards and for further details.