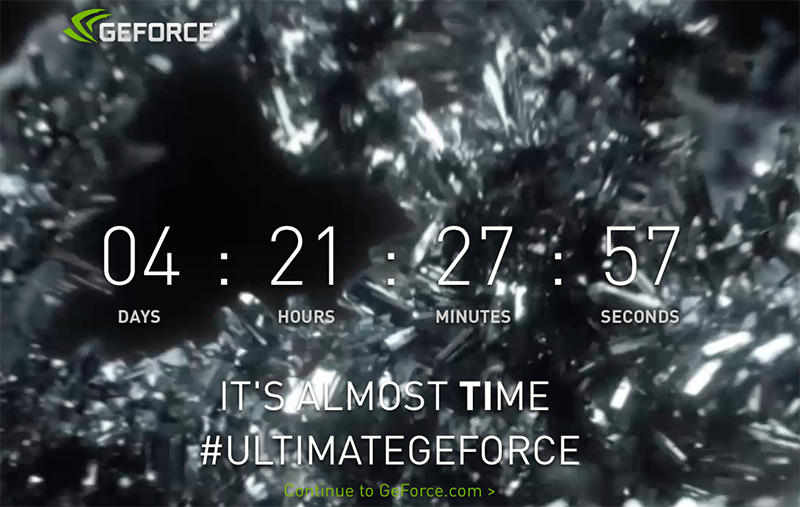 Eyeing a graphics card upgrade? You might want to hold off swiping that credit card.

NVIDIA has just dropped its biggest hint yet that it will be announcing its new GeForce GTX 1080 Ti graphics card next week at the Game Developers Conference in San Francisco.

Simply head to GeForce.com and take a look at the landing screen. Notice how 'TI' is emphasized in 'TIME'?

Previous Story
LG announces new X Power 2 smartphone with massive 4,500mAh battery
Next Story
PSA: Make sure Siri is not revealing too much personal info from a locked iPhone