Southeast Asia's very own video game expo, GameStart 2014 will open its doors on October 25 and 26, 2014 at the Suntec City Convention Center, Singapore. The event, organized by Eliphant Pte Ltd, is designed to appeal to video game and cosplay enthusiasts, with various offers and promotions each day.

Sony Computer Entertainment HK (SCEHK) will be showcasing close to 30 exciting titles for the PS4, PS3 and PS Vita. Not to be missed are hands-on previews for many unreleased titles, such as Final Fantasy Type-0 HD and The Order: 1886, as well as the chance to meet Masaaki Yamagiwa, Producer for Bloodborne, and Junichi Yoshizawa, Producer for Freedom Wars, who will be speaking about their games on stage. 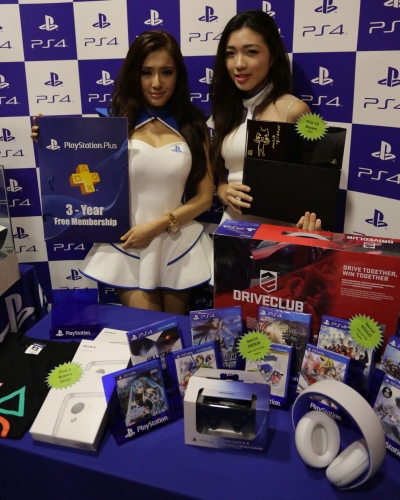 A number of games tournaments will be held in conjunction as well, such as the Capcom Pro Tour Asia Street Fighter finals. Other tournaments include the finals for Naruto, Gundam Extreme VS FB, Jojo’s Bizarre Adventure and Soul Calibur. There will also be a FIFA workshop and tournament where winners will receive attractive prizes sponsored by SCEHK.

“We’re pumped from our visit to the recent Tokyo Game Show, and thrilled to be bringing the buzz and some of the much-hyped content from the show to gamers in Singapore. We’re very pleased with the exhibitors and activities that will feature at GameStart – international big boys and home-grown indie developers, demos of the latest games, eSports tournaments and a really awesome retro gaming section that is guaranteed to bring back many fond memories. There’s going to be a range of great activities to keep people of all interests well entertained,” said Elicia Lee, Director, Eliphant.

Cosplay fans will also be glad to know that renowned international cosplayers Yuegene Fay (Thailand) and Yasemin Arslan (Australia) will be in Singapore to meet fans in a panel on stage, and act as judges for the Game On! GameStart Cosplay Competition that will be held on October 26 (Sunday). Winners of the competition will receive cash and prizes worth over SGD500 (approx. RM1,287) each.

Tickets are now on sale at $8.50 (MYR 21.80) (1 day pass) and $15 (MYR 38.40) (2 day pass) and available online here. All ticket holders will qualify for a daily lucky draw in which they could win consoles, games, gaming accessories, and more. Updates on details and schedule of activities will be available on the GameStart website leading up to the event.