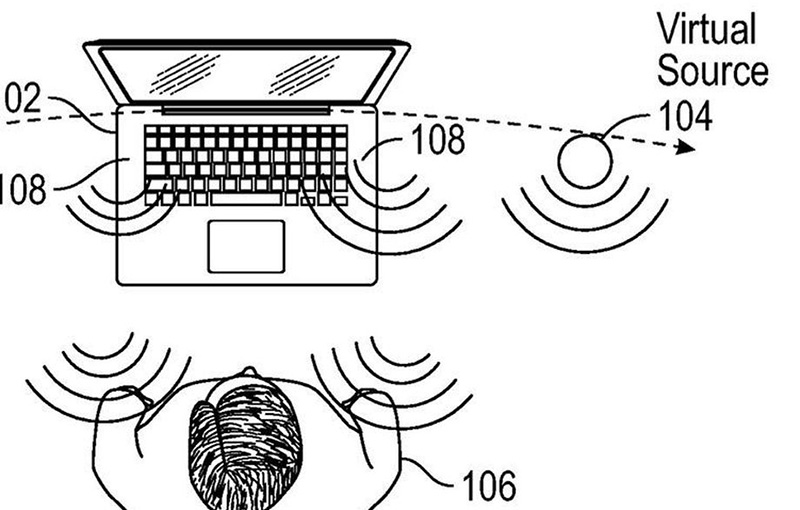 Apple has just been granted patents concerning the virtual positioning of audio sources which could be used in future MacBooks.

The patent which is titled "System to move a virtual sound away from a listener using a crosstalk canceller" uses crosstalk cancelling to make it seem like sound is coming from somewhere other than the speakers.

Using this technology, sound from future MacBooks would contain "spatial cues" that would allow users to place them in space. This can be achieved by using noise-cancellation on one side of the MacBook so that sound appears to come from the other side.

The applications are numerous. Simply, it could greatly enhance entertainment such as movies, broadcasts, music, and games.

However, reports also say that it could be used for more complex AR applications with the iPhone acting as the camera and audio and video being routed to the a MacBook.

Source: Patently Apple via 9to5 Mac