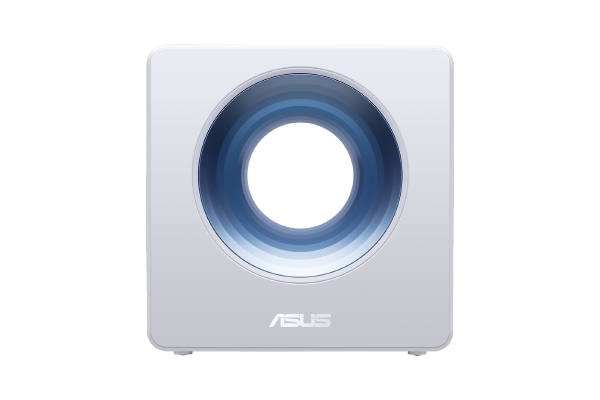 What does one have to do to stand out in the crowded home networking space?

One good way is to have a wacky design. And when it comes to routers with wacky designs, ASUS is arguably the king. Case in point? The spider-like ROG GT-AC5300.

Joining the ROG GT-AC5300 is the new and very aptly-named Blue Cave.

The Blue Cave is so-called because it is designed as a hollowed out cube with a blue ring in the middle. To keep it looking clean, its four antennas are hidden.

In terms of specifications, it is a dual-band AC2600-class router with maximum data transfer rates of 800Mbps on its 2.4GHz network and 1,733Mbps on its 5GHz network.

It also has a USB 3.1 USB-A port that can be used to connect to external drives or printers for file and print-sharing.

It also has the usual ASUS features like AiProtection and Advanced Parental Controls.

The ASUS Blue Cave will launch next week at the CEE Show 2018 at a special price of S$299 and it will come with a free USB-AC53 Nano Wi-Fi adapter.

Previous Story
Xiaomi's Mi A2 Android One phone is slick, powerful, and supposedly takes great photos
Next Story
Samsung leaks the upcoming Galaxy Watch on its own website