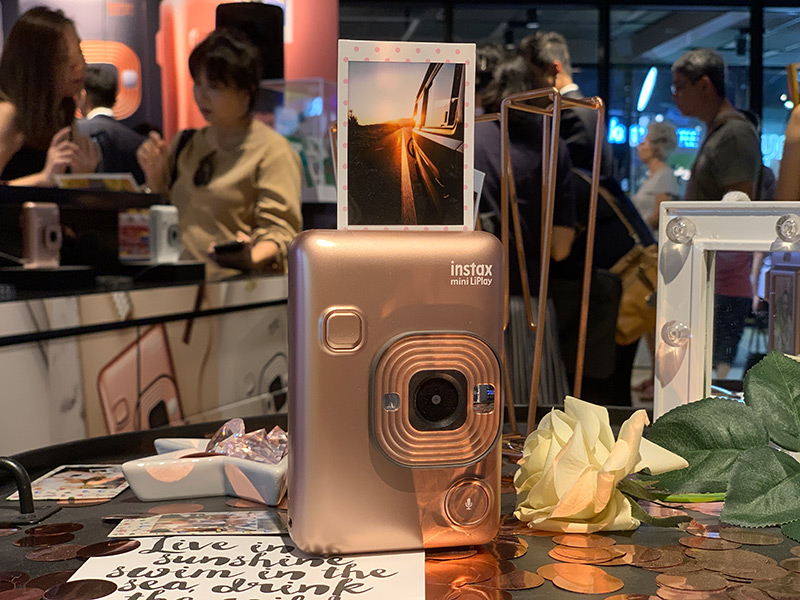 The smallest and lightest instant camera in the Instax range to date, the LiPlay is also a mini printer, allowing you to print photos on the camera and on your phone (paired over Bluetooth) using Instax Mini-branded film.

Digging deeper into the specs, the LiPlay uses a 5-megapixel sensor, which is more than enough for the print sizes it produces. Other notable hardware include a 2.7-inch monitor on the back for framing and reviewing photos (something that’s lacking on Canon’s new iNSPiC hybrids), a fixed 28mm lens (35mm camera equivalent), and a microSD card slot. The camera has internal storage too, which is good for 50 photos. 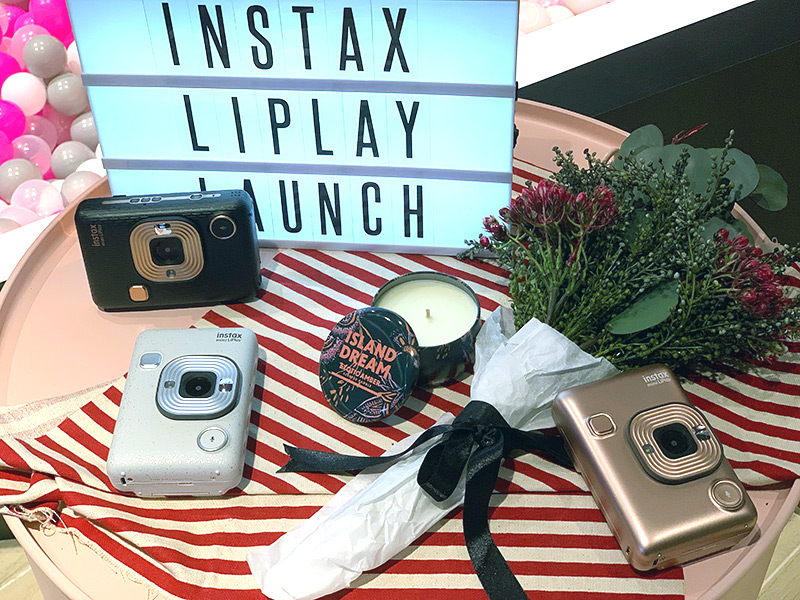 In terms of control, the LiPlay has dedicated buttons and dials for operations such as shutter release, the marquee “Sound” function (more on that in a bit), and selecting frame presets. You can do exposure compensation directly on the camera, but AF and ISO (100 - 1,600) are automatically handled by the camera. When doing group shots, you can use the connected phone to remotely release the camera’s shutter. The mobile app also provides access to as many as six filters and 30 frames.

The Sound function is without question the most interesting feature of the new LiPlay. Because the camera has an onboard microphone, you can record audio to (sort of) go along with each photo. Think baby cries for a newborn photo, sounds of waves hitting the rocks for a beach photo, and you get the idea.

In a nut, the camera will upload the audio file and a low-res version of the photo to the cloud and embed the link in a QR code that you can print on the photo. Which means the recipient of the photo just needs to scan this code with his or her phone’s QR code reader to retrieve the audio message. Come to think of it, for quick sharing with multiple people, you can just text them the URL. 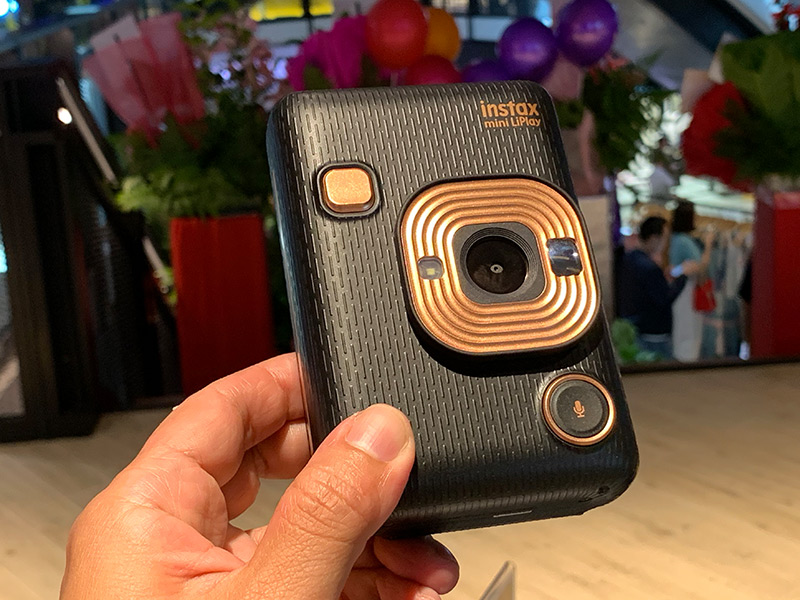 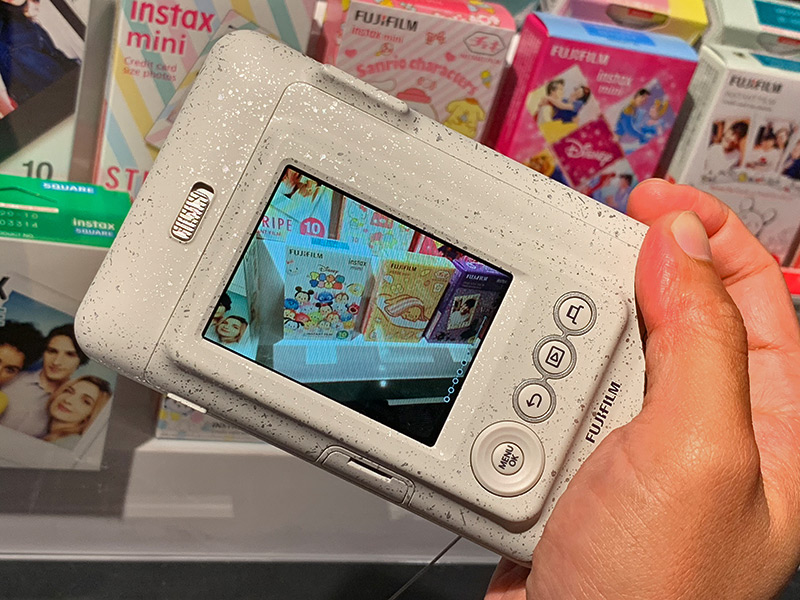 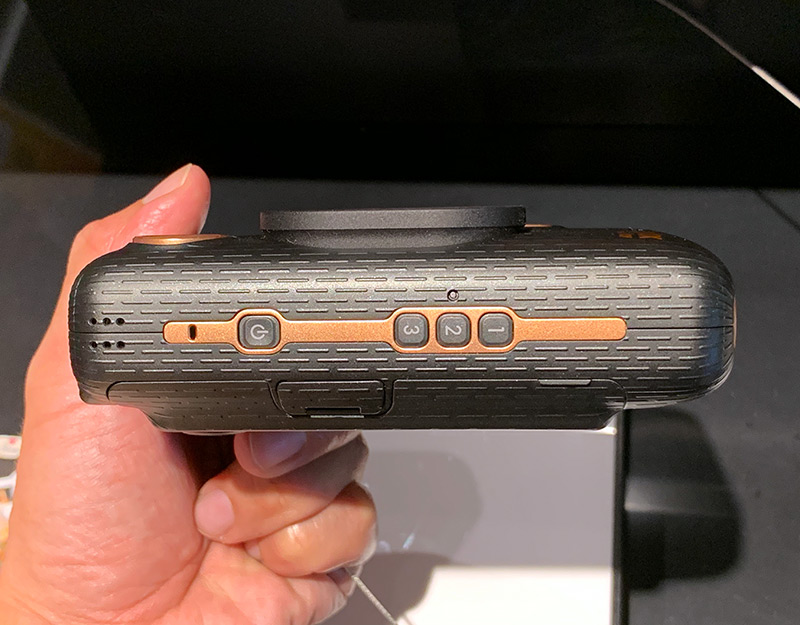 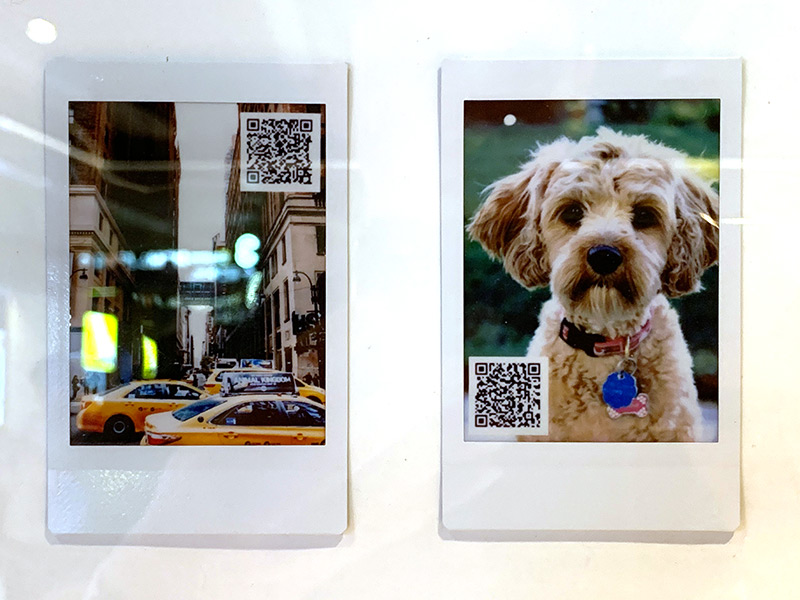 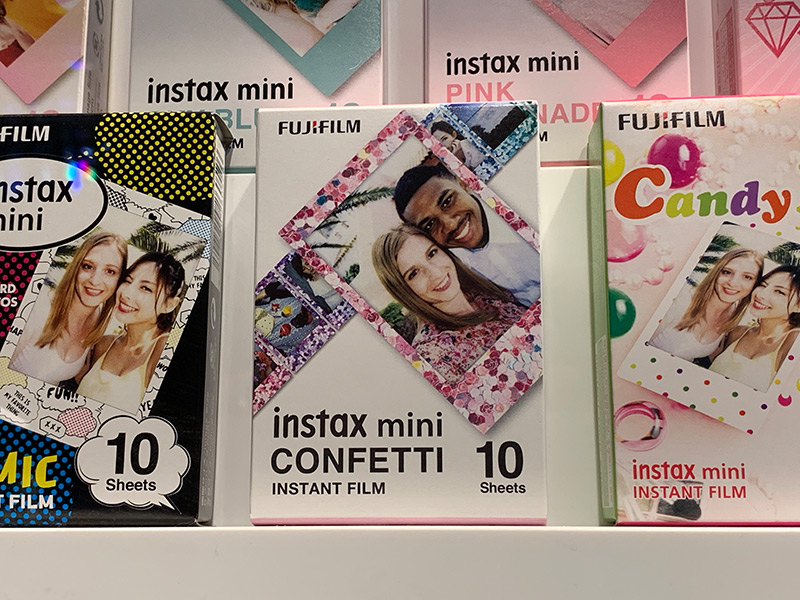 To recap, the Fujifilm Instax Mini LiPlay is now available in stores, priced at S$249. Three colors — Stone White, Elegant Black, Blush Gold — are available, and each of them has its own distinct finish. For example, the Stone White version has a rough, stone-like surface; the Elegant Black version impresses with its embossed finish on the camera surface; and the Blush Gold version feels very smooth to the touch.

From now till July 31, every LiPlay purchase will also net you a free 16GB microSD card, a film box, three extra packs of Instax Mini film (in addition to the standard twin-pack freebie), a picture book, and a limited edition 16GB LiPlay USB flash drive.