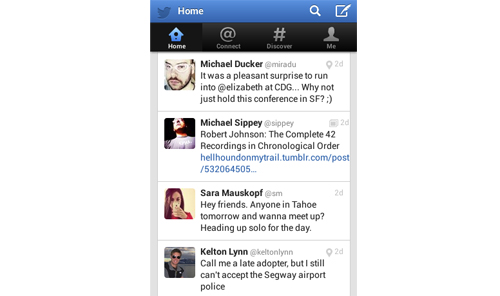 Twitter has recently announced that its app will be in the Firefox Marketplace right before the first Firefox handsets reach consumers. The look and layout of the Twitter app will be similar to their iOS and Android apps, and will have "a rich interface, featuring the Home, Connect, Discover and Me tabs, as well as the search and compose Tweet icons."

According to its blog post, the Twitter for Firefox OS app will also support a feature that's unique to Firefox OS -- Web activities. This lets users tweet directly out of any other app that supports the Web Activities feature. An example would be the built-in photo app in Firefox OS.

TechCrunch also noted that Twitter will be joining a number of Mozilla partners who have pledged support for Firefox OS. Facebook, Nokia, Soundcloud, Cut the Rope, Disney Mobile Games and EA Games are some of the big names that have given their support for the new OS.