Find out how the Microsoft Surface Pro 4 keeps its cool

Find out how the Microsoft Surface Pro 4 keeps its cool 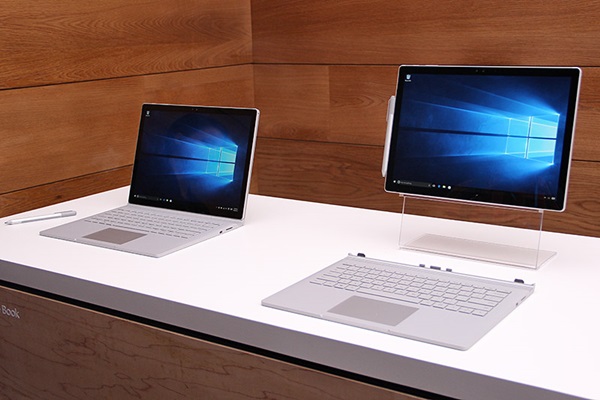 We had a quick hands-on with the Microsoft Surface Pro 4, and we have crowned it as the worthy successor to the excellent Surface Pro 3. We also know that the Surface Pro 4 packs some high-end components under its hood where it can be configured to support a 6th-generation Intel Core i7 “Skylake” processor, 16GB of system RAM, and up to 1TB of SSD storage. 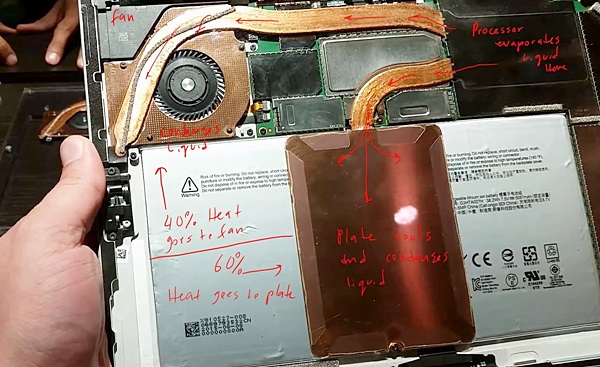 In order to keep the CPU and its components operating at optimal temperature, the Surface Pro 4 sports a ‘hybrid liquid cooling’ system. According to Windows Central, an image of the system, and a short explanation of its workings, have been posted on Imgur by Sean Org, who is a major fan of Microsoft Surface devices. The cooling system is essentially a compact vapor chamber that fits into the slim profile of the Surface Pro 4. Heat from the CPU evaporates the liquid inside the chamber and the vapor flows to two different parts of the Surface 4, where it condenses back into a liquid. There’s a cooling fan at each area but the one at the kickstand area only operates under “extremely demanding tasks.”

The SP3 had all the heat concentrated in one spot (that hot spot in the corner). The SP4 actually boils/evaporates liquid inside a metal tube that touches the processor, and that vapor travels to two places inside the SP4 to condense back into a liquid: one to the fan, and the other under where the kickstand normally rests. The one under the kickstand allows the fan to rarely run, unless under extremely demanding tasks. So for web browsing, and normal day-to-day activities, you'll no longer have the fan run as you did in the Surface Pro 3. And when the surface is under pressure with the fan running, the heat will be more evenly distributed - not all concentrated in a big hot spot - making the SP4 feel a bit cooler.

According to the image, the larger plate at the kickstand dissipates up to 60 percent of the built-up heat while the remaining 40 percent is taken care of by the heatsink with the active cooling fan. This hybrid cooling system is allegedly implemented in the new Lumia 950 and 950 XL phones too and it will be a delight to see how the system has been re-engineered to fit into these devices.