Fallout Shelter is now on the PC!

Fallout Shelter is now on the PC!

Remember Fallout Shelter? Bethesda announced during this year's E3 that it would be updating the mobile versions of the game with the ability to go on quests, and in addition to that, a PC version was also announced. 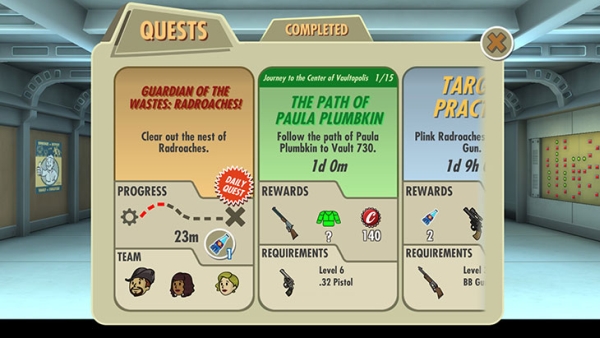 Just yesterday, Bethesda made good on that promise – Update 1.6 is now available on the Apple App Store and Google Play Store, while the PC version can be downloaded via the Bethesda.net Launcher.

Previous Story
The Plantronics BackBeat GO 3 and Voyager 5200 are now in Malaysia for RM499
Next Story
Nintendo's Mini-NES will play 30, and only 30 classic games