Looking forward to Fallout 4, but don’t know if your PC still has that edge to run the game lag-free? Then you may want to compare the components of your gaming rig with Bethesda’s recently released minimum and recommended hardware specifications list.

According to Bethesda’s requirement list, it seems that both the minimum and recommended amount of RAM for the game will be a modest 8GB of RAM (either DDR3 or DDR4), and the necessary storage space needed will be 30GB (more or less). Surprisingly, the minimum CPU and graphics card requirement of either an Intel Core i5-2500 or AMD Phenom X4 950, and either an AMD HD7870 or NVIDIA GeForce GTX 550 Ti means that the game can be just as lenient on old and entry-level gaming rigs. 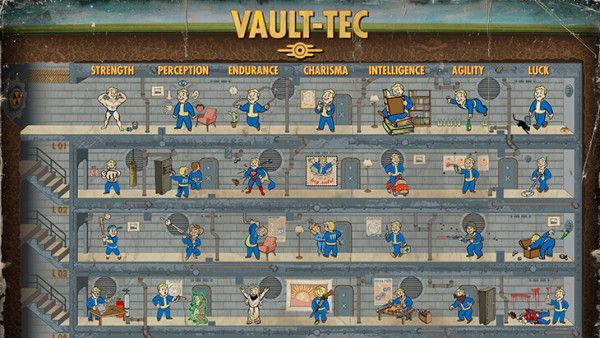 That being said, the game’s recommended requirements reflect a more punishing side of the game, requiring a rig to be fitted either with an Intel Core i7-4790 or AMD FX-9590, and a choice between an NVIDIA GeForce GTX 780 or AMD’s Radeon R9 290X.

Of course, it goes without saying that the game will require your system to be running on a 64-bit version of Windows 7, Windows 8.1, or Windows 10.

Bethesda had also very kindly provided the release date for the game in all regions, even down to the hour.