Facebook is currently testing a change to the way its news feed works by removing non-paid posts from it, and relegating them to the new-but-obscure ‘Explore Feed’. This would mean that you’ll not be getting any news at all on your regular news feed, unless you consider what your friends and family post as news. Well, those and ads. 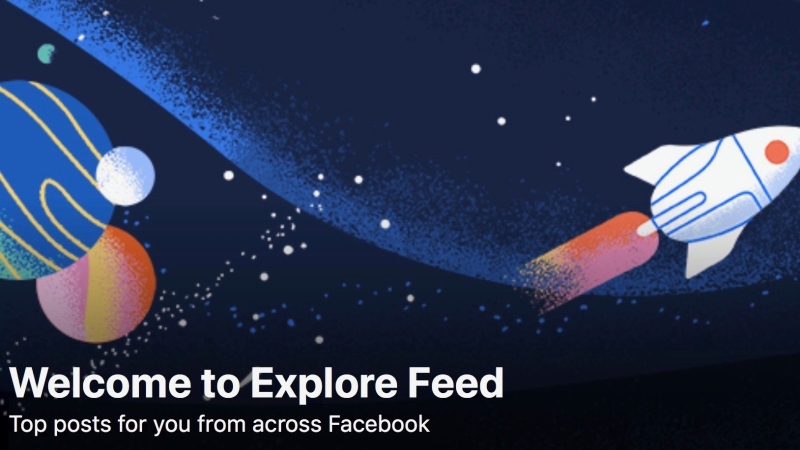 There are six countries that are currently part of this test – Bolivia, Cambodia, Guatemala, Slovakia, Serbia, and Sri Lanka. Outside of these six, you’ll still see the new ‘Explore Feed’ button, which is very inconvenient to get to compared to your standard news feed. On the desktop web version, it’s on the left rail, and we had to click on ‘See more’ to be able to find it. On the Android and iOS apps, it’s also a few extra taps away, hidden in the Favorites section of the ‘More’ page.

As mentioned before, for users, this means that aside from ads and stuff from your friends and family, you’ll see almost nothing else. Posts from pages and publications that you’ve saved, liked, or followed would be relegated to the ‘Explore Feed’, bar specific paid posts that will still appear on your regular news feed. After a time, you’ll either realize that they are very boring people, or if they’re into things like Latergramming in which they’ll drive you further into envy or depression.

For page admins and publishers who rely on Facebook for reach, this could be very bad news. According to Filip Struhárik, a journalist for Dennik N, a newspaper in Slovakia, this caused a drop in Facebook organic reach by as much as two-thirds since Facebook began testing the move.

At the time of writing, Facebook’s only response is that it hasn’t decided if it will expand the two-feed test to everyone, and all publishers for that matter. There’s also no plans to have this test roll out to the rest of the world. Here’s the most relevant block of text from the full statement:

In the end, this could go two ways. The first is that Facebook sees the numbers that Struhárik saw, and decide that this is a bad idea. Or it could take this as a good idea as it encourages pages to pay to promote posts. Either way, it goes to show that Facebook has become very important in the media market.