Facebook now has an AI that helps detect and prevent suicides

Facebook now has an AI that helps detect and prevent suicides

Facebook has a new ‘proactive detection’ AI that scans users’ posts for suicidal thoughts, and sends mental health resources to them and their friends if deemed necessary. 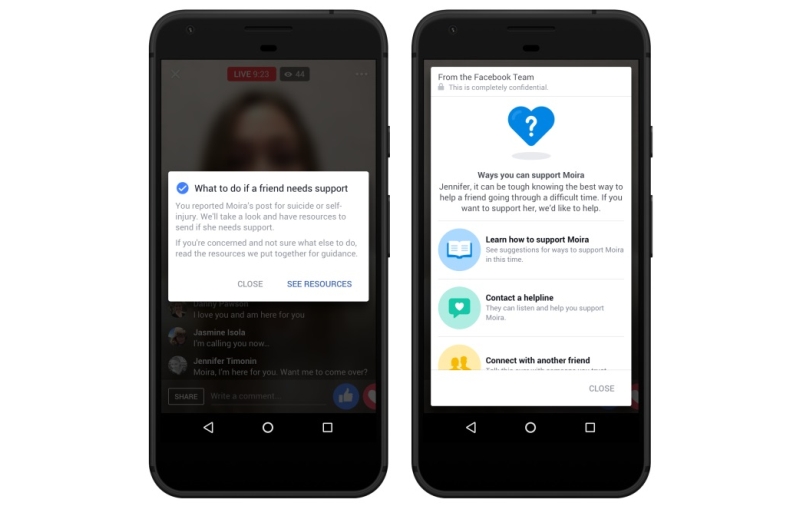 The social media platform had previously made it possible for friends and family members to flag troubling posts, as well as providing similar resources if someone is on Facebook Live saying things that get others worried. Now, with an AI thrown into the mix, the hope is that Facebook can respond to these indirect calls for help more quickly, rather than waiting for another person to report it.

Of course, having your posts monitored like that can be creepy, to say the least. For now, all we can do is trust that Facebook will only scan your posts for suicidal tendencies as promised, and not for other things like your political views. Because if you don’t have that much trust in it, you don’t have the option to opt out of being monitored. Here’s what Alex Stamos, Chief Security Officer of Facebook, has to say:

The creepy/scary/malicious use of AI will be a risk forever, which is why it's important to set good norms today around weighing data use versus utility and be thoughtful about bias creeping in. Also, Guy Rosen and team are amazing, great opportunity for ML engs to have impact. https://t.co/N9trF5X9iM

Previous Story
HTC begins rolling out Android 8.0 Oreo update for the U11
Next Story
Apple doubles down on production of the iPhone X in preparation for the holiday season