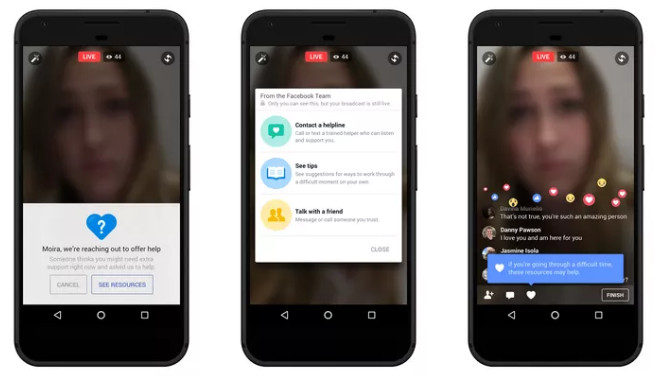 Recognizing that many users tend to express their frustration on social network, Facebook has allowed friends and family to flag troubling statuses or image posts; in addition, if an individual is rambling something dangerous on Facebook Live, they will receive resource for suicide prevention on air.

“There have been terribly tragic events -- like suicides, some live streamed -- that perhaps could have been prevented if someone had realized what was happening and reported them sooner…To prevent harm, we can build social infrastructure to help our community identify problems before they happen,” said Mark Zuckerberg, CEO, Facebook.

The company is also partnering with organizations like the Crisis Text Line, National Eating Disorder Association and the National Suicide Prevention Lifeline in the U.S. When users flag certain posts, the concerned can choose to speak with these organizations immediately through Messenger. Facebook has also employed Artificial Intelligence (AI) to recognize patterns from flagged posts.

Currently, these new suicide prevention tools are being tested only in the U.S.