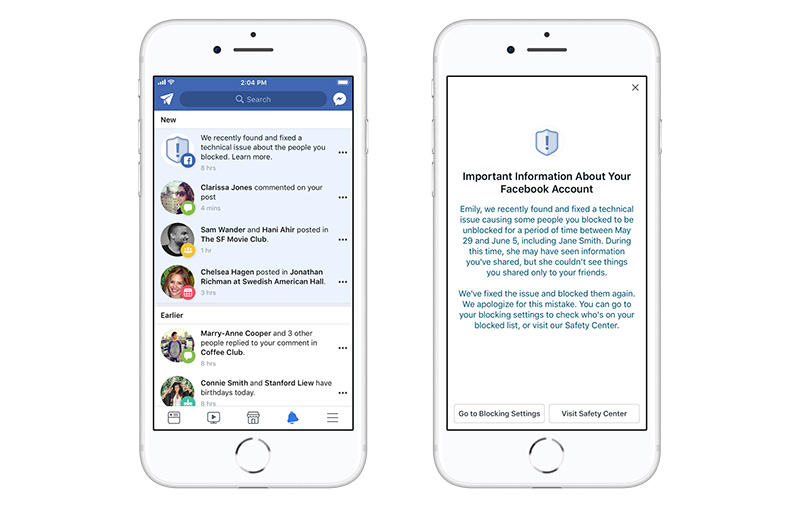 Facebook has issued an apology to some 800,000 users that it says may be affected by a bug that unblocked some people they had blocked in Facebook and Messenger.

According to the social media giant, the bug was active between May 29 and June 5; and while an unblocked friend couldn't see content you’ve shared with friends, they could have seen other things that you’ve posted to a wider audience, like friends of your friends.

Facebook is keen to stress that this bug only affected a small number of users, and even for those affected, 83% of them had only one person they had blocked previously temporarily unblocked.

In other news, as part of its continuing efforts to shore up privacy following the Cambridge Analytica scandal, Facebook has shared some of the additional changes it’s implementing to the platform, including several API restrictions that will affect how much of your information third-party apps can access.