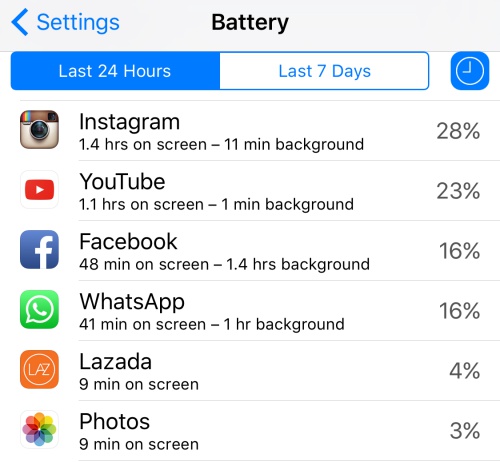 Facebook's iOS app caused a big hoo-ha last year when it was discovered to be killing the battery life of iPhones. While the issue was resolved with an update, it appears that the Facebook app is still causing some battery drain and performance issues on smartphones today.

According to The Guardian, Android blogger Russell Holly uninstalled the Facebook app on his smartphone in January and realized the performance improvements. This led Reddit users such as pbrandes_eth to take similar actions and reported the following:

This also prompted The Guardian's writer, Samuel Gibbs to do a test on the iPhone for a week: he uninstalled the Facebook app and accessed the social network site on Safari. On average, Samuel reported 15 percent more battery life by the end of each day. He also found out that the deletion of the Facebook app saved space as the app automatically saves a cache on the iPhone.

In response to both reports, a Facebook spokesperson told that the company is looking to the matter. If you find your iPhone or Android phone running out of juice towards the end of the day, uninstalling the Facebook app may squeeze out more mileage.