NVIDIA’s GeForce GTX 1060 may have been designed for the masses who seek a bang-for-your-buck gaming component, but clearly, the company still wanted to make a more affordable version of the same card.

Enter the official confirmation of the existence of a 3GB variant of the GTX 1060.

According to a report at Videocardz, the card will supposedly have pretty much the same specifications as the 6GB variant, save for the reduced video card memory and CUDA Cores. Specifically, the 6GB GTX 1060 has 1,280 CUDA Cores, but the 3GB GTX 1060 will only have 1,152 CUDA Cores. As for the boost clockspeed of the card, it will still be the same 1.7GHz at launch.

Pricing for the card is yet to be revealed, but considering its specs, it will likely cost significantly less than its 6GB brother. 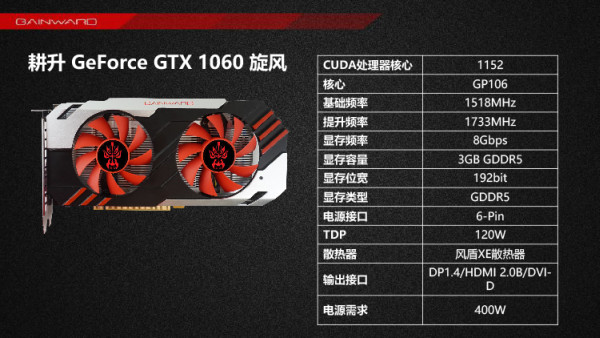 So far, the only AiB partner to have manufactured a card based on the 3GB GTX 1060 is Gainward, which is actually a subsidiary of Taiwanese-based company, Palit.

Previous Story
Confirmed: Final Fantasy XV pushed back to November 29 (Updated)
Next Story
NVIDIA is getting Samsung to produce 14nm Pascal GPUs by the end of 2016