Eve Online to make gambling illegal throughout the galaxy

Eve Online to make gambling illegal throughout the galaxy

Eve Online developer, CCP, will be making gambling illegal for players due to a slight alteration of the game’s End User License Agreement (EULA) when it adopts the free-to-play model. 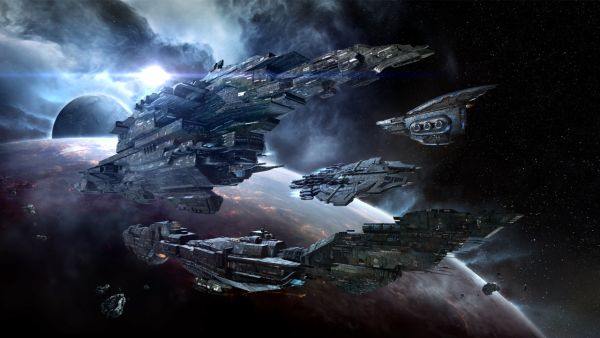 The new EULA adds a new line in the player conduct warning that states “you may not use, transfer or assign any game assets for games of chance operated by third parties”. Taking into effect on November 8, the new ruling will immediately prohibit gambling and may lead to CCP permanently banning players should they break the rules.

As Eve Online is largely governed by players, the new ruling will have far reaching effects in the community. Gambling consortiums like I Want Isk (IWI) were responsible for the funding of various player-led factions that culminated in the gigantic in-game war known as 'World War Bee'. CCP had hit hard on groups like IWI after conducting “exhaustive investigations” that revealed many practices of people selling in-game items and money for real-world cash.

Prominent and infamous player Alex “The Mittani” Gianturco, brought up that groups like IWI are largely funded through the exploits of people who are addicted to gambling for virtual in-game items and money. He also added that even minors can potentially be caught up with gambling and the act may affect how they grow up.

Among some players and groups, CCP has done good to stop an unsavory practice despite it being a fictional setting. On the other hand, players that who will be affected by the ban will likely be resentful. This as a whole, has changed the balance of power between the players of the online game.