Epson talks about the future of printing and more

Epson talks about the future of printing and more 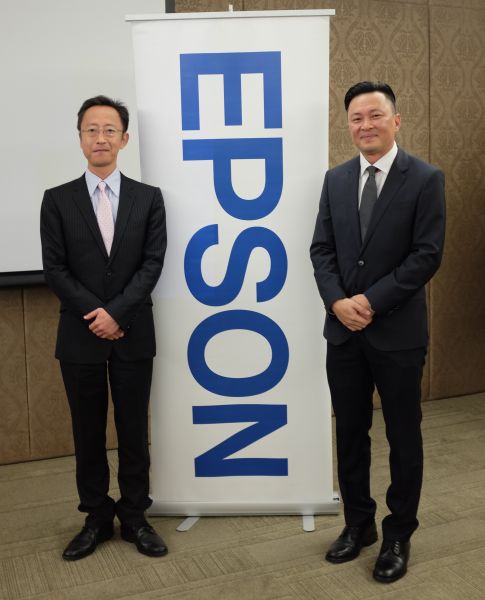 Epson today invited us to a relatively intimate session in order to share with us their earnings and revenue records over the last financial year of 2014, and what they have planned for the year 2015.

According to their projections, the company showed steady growth and business performance across many of their own business segments. Beyond just printers and projectors, this also includes revenue coming in from the health and lifestyle division, watches and chronometers divisions, and even the robotics division.

Yes, it's easy to forget that Epson actually deals in more than just the manufacturing and servicing of printers and LCD projectors. The Japanese company actually has its hands inside the development of many different technological platforms, which range from the manufacturing of electrical components to the development of anti-earthquake solutions (earthquakes occur very frequently in Japan) for buildings all over Japan. 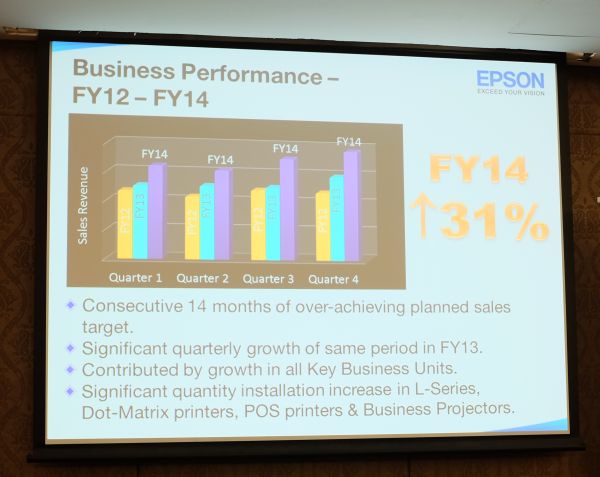 However, Epson decided to only share the revenue earnings of their printers and projectors in Malaysia. According to Shimizu Tomoya, Country Manager, Epson Malaysia, the company was seeing a 57 percent growth in the projector business, while its L-Series inkjet printers also saw a positive growth of 37 percent in its 2014 financial year.

“Our strong FY14 performance comes on the back of 14 consecutive months of over-achieving sales targets which underscores the incremental appeal of our brand and products,” Shimizu commented. “We will continue to build on our compact, energy saving and high precision core technologies to bring more innovative, versatile and reliable printing and imaging solutions to the Malaysian market.”

However, these steady increments for the 2014 financial year have not been without its own set of hurdles. According to Danny Lee, General Manager, Sales & Marketing Division, Epson Malaysia, Epson did actually struggle during the 2013 financial year. As seen in these graphs, both the revenue and quantity of projectors made during that year had only increased by a mere 12 percent and seven percent from the previous year, respectively. 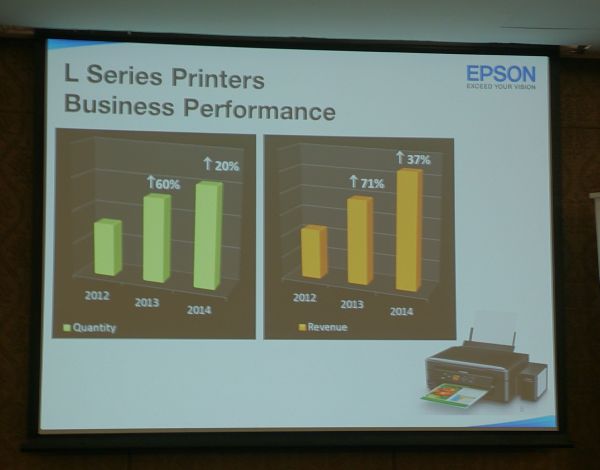 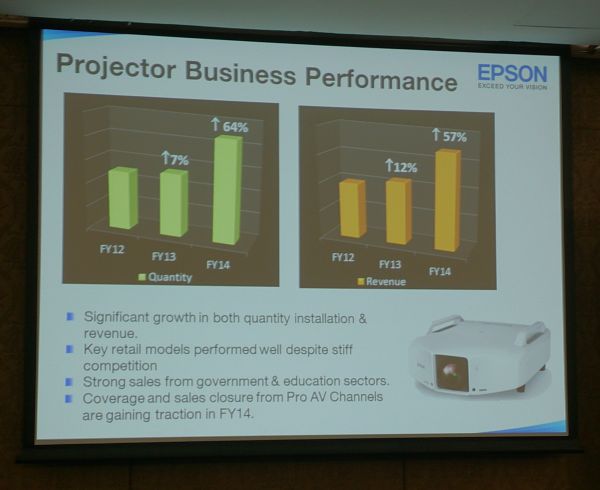 Danny attributed this slow growth to the entries of projectors made by rival companies from both China and Taiwan. Despite the stiff competition, Epson managed to regain its composure within the next year, which led to its 57 percent revenue increase in 2014.

As for the year 2015, Epson says that they intend to focus on its growth traction in the business and commercial markets while maintaining its footprint in the entry-level and consumer market. Additionally, they're looking on improving some of their printer-centric and projector apps, which have been released on Apple's App Store and Google's Play Store. They also intend to boost the L-Series printers amongst business users, as well as expanding volume in the commercial and industrial unit, specifically in the signage, CAD and textile industry.