Epson's 3LCD projector technology turned 25 this year. In conjunction with the celebration, the company held an outdoor exhibition for the media, which also served to demonstrate new projectors that carry its proprietary 3LCD technology, which is exclusive to Epson, ensuring superior quality images and true-to-life colors.

“The projector business will continue to be the center of Epson's visual communications business. With the launch of these new models, we hope to strengthen our pole position in the market here and globally,” Shimizu Tomoya, Country Manager, Epson Malaysia said during the event.

“We see a lot of potential an an increased adoption of such large-scale projection technology within industries like events, entertainment and arts, building mapping, retail and other businesses applications,” Danny Lee, General Manager, Sales & Marketing, Epson Malaysia also commented during the celebration.

Two of the new projectors that were shown during the celebration was the EB-Z9000 / EB-Z11000 series Business Projectors and the company's ultra short-throw interactive projector, the EB-1430Wi. 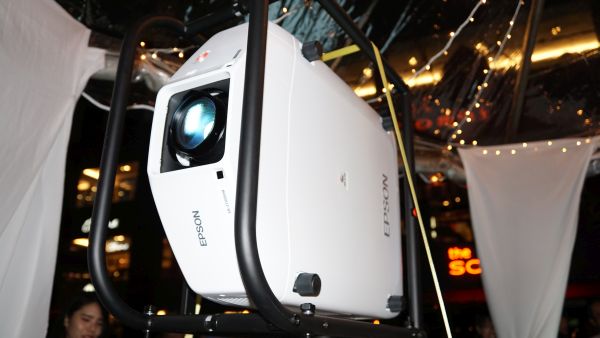 The EB-Z9000 and EB-Z11000 projectors which we saw there were, for a lack of a better word, pretty versatile. From the exterior, you wouldn't be able to tell the difference between the two models, but Epson assured us that the internals of the projectors were slightly different from one another. Both the EB-Z9000 and the EB-Z11000 were used at different distances from the projection area. In fact, one large wall had two of these projectors being used to project a Full HD video across it. 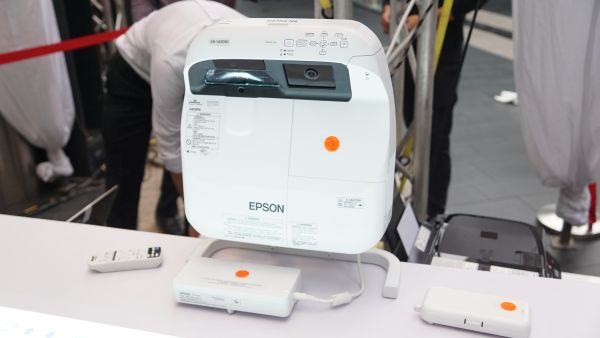 The EB-1430Wi was the star of the show, and the main attraction after the formalities were over. With a projector in which people could actually interact with the projected screen, Epson hired a caricaturist to help doodle some caricatures of some of the guests via the projector.

“Image quality has always been of utmost importance for Epson, which is why our focus continues to centre not only on high brightness, but also high color brightness. Our revolutionary 3LCD technology, which has helped us retain our No. 1 market position for 13 years, is a testament of this commitment,” added Tomoya.