No longer will you have to resort to using WhatsApp or Telegram to ensure that the highly sensitive information contained within your conversations (nuclear launch codes?) don’t end up being snooped on by law enforcement and government agencies, as a spokesperson for Facebook told WIRED that the company has just completed rolling out ‘Secret Conversations’ to all of its 900 million Facebook Messenger users.

Regrettably, users will have to personally initiate a ‘Secret Conversation’ in order to have their messages encrypted, as regular conversations won’t be encrypted by default.

Tap on it, and you’ll notice the blue color scheme of Messenger changing to black, which essentially means encryption has been switched on. From there on out, it’s simply a matter of choosing the person that you’d like to start an encrypted conversation with. 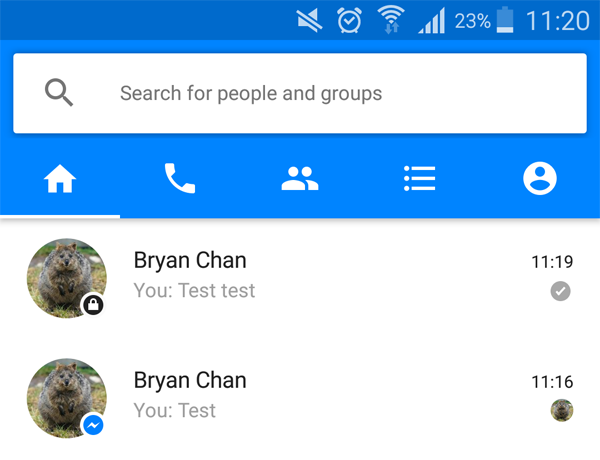 It’s even easier if you’re already engaging in an existing conversation – just hit the info button on the upper right hand corner of the conversation, and tap on the ‘Secret Conversation’ option. Just so you know, you won’t be able to send GIFs in a ‘Secret Conversation’, but you will still be able to send emojis and stickers as you normally would. You will, however, gain the functionality of being able to add a self-destruct timer to your messages.