Kuala Lumpur, Malaysia – It has been said many times over and over again, every aspect of our daily lives are slowly moving towards digital, and the same goes for security and surveillance. These days, consumers are able to set up a security system for their home or office without burning a hole through their pockets. To help this process move even faster, acclaimed networking solutions manufacturers Edimax Technology has organized a series of IP surveillance seminars. The first seminar took place in Singapore on August 5 and ends in Jakarta on August 11. Earlier today, we were given the privilege to sit in for one such seminar, which was held in the Corus Hotel. 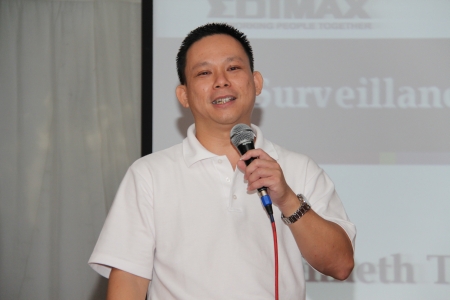 During the seminar, Edimax introduced and also gave a live demonstration of its IP Survellance and SMB networking solutions, which included PoE (Power over Ethernet) switches, video servers, network video recorders, wireless solutions, central management software, and network cameras. For those who were interested in looking at the products up close and personal, there were also display areas where the attendees could study more closely. 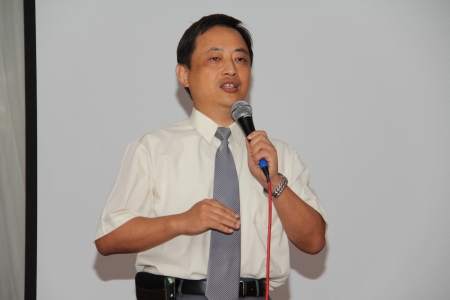 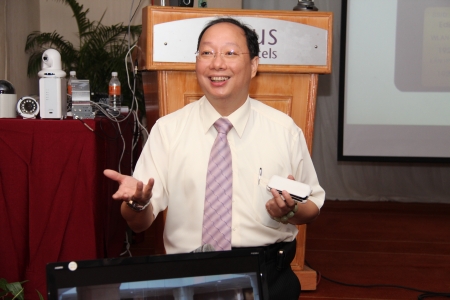 Edimax also took this time to let the attendees know what sets them apart from the competitors, who are also moving into the IP surveillance market. One of the advantages of Edimax is that they have the integrated expertise in both the networking and video surveillance fields, and are officially in the professional IP surveillance market. The other advantage is that Edimax is in command of technology that allows them to develop video content analysis systems and high-definition network cameras that does not compromise bandwidth for resolution. With these expertise combined, Edimax's IP surveillance solutions allow for the ideal networking infrastructure and surveillance equipment integration. 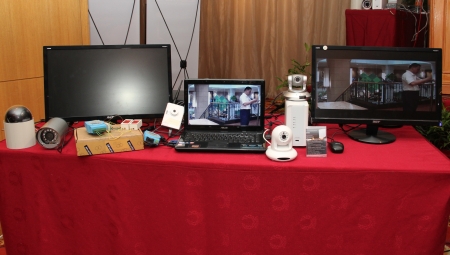 Throughout the seminars, Edimax also introduced a complete range of SMB networking and IP surveillance solutions that are ideal for multiple environments. These solutions consists of products like 3-megapixel network cameras that are perfect for indoor and outdoor use, 64-channel management software, a 4-channel network video recorder, and a variety of PoE switches. Other than that, Edimax can also help systems integrators, distributors, ISP vendors, and telecom solution partners win vertical markets with its IP surveillance and SMB networking solutions. Furthermore, customers will also be able to save on equipment and installation costs, as Edimax IP surveillance solutions are able to upgrade existing CCTV systems into highly manageable IP surveillance systems. 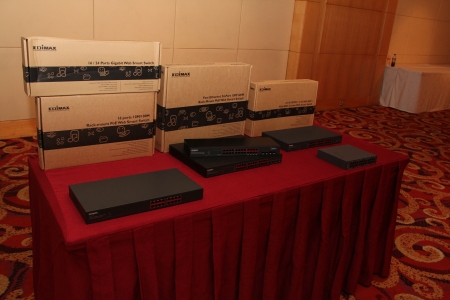