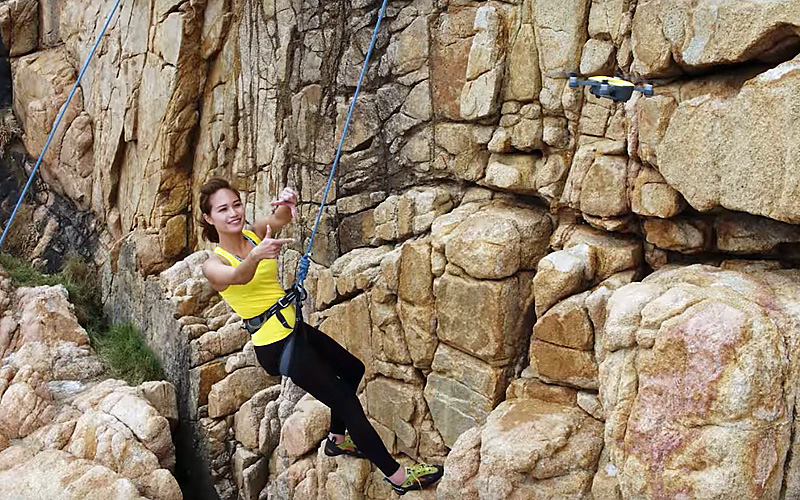 DJI is currently investigating reports of its Spark drones losing power mid-flight and falling out of the sky.

According to Quartz, there are at least 14 complaints from Spark users across two forum posts on this issue. While some Spark owners were fortunate to experience this issue when the drones were close to the ground, others were not as fortunate. Some users watched helplessly as their Spark drones crash landed in thick woods or lakes. There is even a video submitted by one user on his drone losing connection mid-flight:

Even though it is unknown at the moment if the issue is widespread, DJI reportedly told Quartz that it was looking into these issues on the forums. DJI later issued an updated statement:

DJI is aware of a small number of reports involving Spark drones that have lost power mid-flight. Flight safety and product reliability are top priorities. Our engineers are thoroughly reviewing each customer case and working to address this matter urgently.

DJI products are tested for thousands of hours, and the overwhelming number of customers enjoy using our products with minimal disruption.

We are looking to implement additional safeguards with a firmware update which will be issued soon. When prompted on the DJI GO 4 App, we recommend all customers to connect to the internet and update their aircraft’s firmware to ensure a safe flight when flying their Spark.

For now, it seems that the issue can be fixed via a software update. In the event that it doesn't, DJI may risk suffering the same fate as GoPro. GoPro had to recall the Karma drone in November 2016 after a small number of users reported incidents of power failure during operation. The drone went back on sale nearly three months after the recall.

Source: Quartz via The Verge.