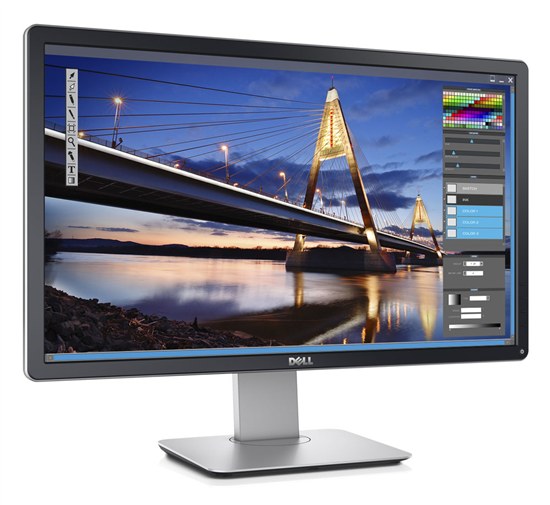 It’s all fine and dandy to hear about monitors like the ASUS ROG Swift PG278Q, a 27-inch beast featuring NVIDIA’s G-Sync technology. And who can forget the extravagant Dell Ultrasharp 27, a 5K display that was released last December with a stiff asking price of US$2499. But fortunately for those of us who don’t have sacks of cash by our bedside table, Dell has now announced the P2416D, a 23.8-inch IPS monitor that promises Quad HD resolutions and great screen performance for mainstream users.

The P2416D will feature a 2560 x 1440 screen, which allows users to view 77% more content as compared to more common 1920 x 1080 displays. This should be good news for office use and productivity as workers will be able to fit more on their screens and expand their documents and spreadsheets for side-by-side viewing.

Dell is also claiming vivid, vibrant colors with 99% sRGB color coverage that retain consistency when viewed from the side. And when it comes to ergonomics, the monitor is equipped with a full range of adjustability features that we have come to expect from modern displays, such as pivot, swivel, tilt and height-adjustment. This should enhance user comfort and productivity as they will be able to find the viewing angle and set-up that suits them best.

But as an IPS display, gray-to-gray (G2G) response times are average at best and the P2416D features 8ms G2G transitions, which should be enough for casual gaming and office work.

In addition, the Dell P2416D sports a wide range of legacy and modern display connectors, including DisplayPort 1.2, HDMI 1.4 and VGA ports along the panel's bottom edge. It even features four onboard USB 2.0 ports for easy charging of mobile devices or to serve as a convenient port for your flash drive.

The Dell P2416D will be available at the end of April in China with a suggested retail price of US$369.99. Availability in the wider Asia-Pacific region and Europe is slated to begin toward the end of the month as well, with US availability following in May. The panel is backed by Dell's Premium Panel Guarantee, which offers a free panel exchange should a bright pixel be discovered during the monitor's 3-year Limited Hardware Warranty period.

Previous Story
Is Microsoft going open source?
Next Story
You can now download OxygenOS for your OnePlus One