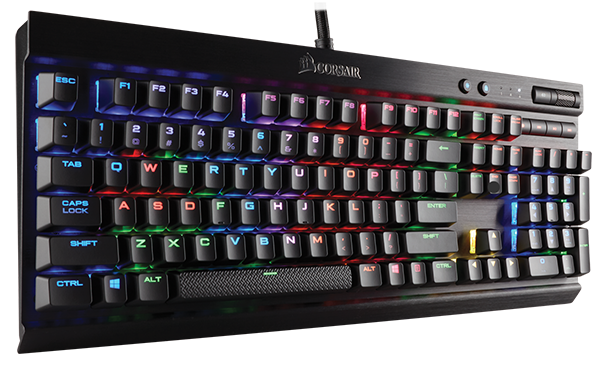 A fraction of a second is often times the determinant factor of whether you live or die in video games – especially so when you’re playing competitively against other players.

And that brings us to the Corsair K65 RGB RAPIDFIRE and K70 RGB RAPIDFIRE mechanical keyboards, which could probably spare you from certain death in your games, thanks to the super sensitive Cherry MX Speed switches they’ve been equipped with.

What makes these Cherry MX Speed switches so special compared to their more common Red, Blue, and Brown counterparts? Two things: actuation distance and actuation force. Actuation distance is essentially how far the key needs to travel before it triggers the switch, while actuation force is the amount of force needed to have a key registered as a keystroke. 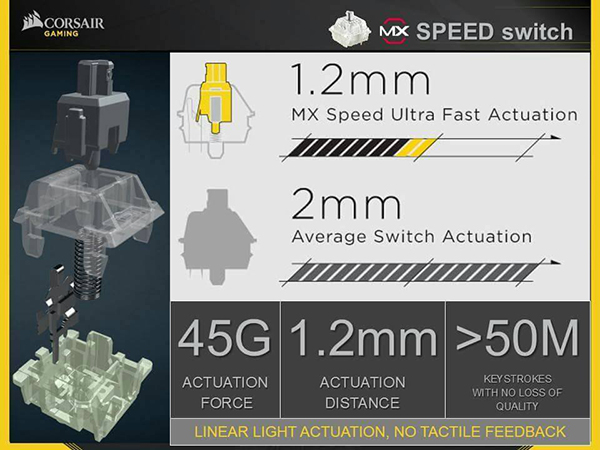 Cherry MX Speed switches have a considerably short actuation distance of just 1.2mm, and a light actuation force of 45g – which in theory, should allow your keypresses to be registered faster and easier, which is exactly why the K65 RGB and K70 RGB RAPIDFIRE have the word ‘RAPIDFIRE’ in them. Don’t worry, both the keyboards have a full-key rollover and 100 percent anti-ghosting, so you can go ahead and mash away without worrying about your keys not registering. 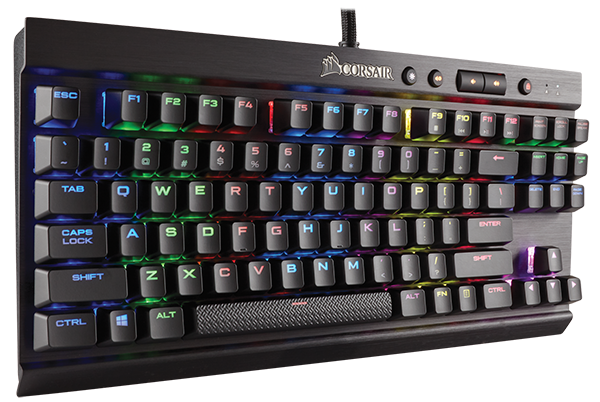 Yes, the ‘RGB’ in their names also indicate that their keys are able to individually light up in a myriad of different colors.

The anodized brushed aluminum frame of the K65 RGB and K70 RGB RAPIDFIRE also comes with a USB pass-through port to accommodate your peripherals as well, alongside a detachable soft-touch wrist rest so that you can game for longer in comfort. The only difference between the two keyboards, is that the K65 RGB RAPIDFIRE doesn’t come with a numpad.

Cudo Technologies (M) Sdn. Bhd., the sole distributor of Corsair products in Malaysia, has yet to provide us with a concrete date for when the K65 RGB and K70 RGB RAPIDFIRE will be arriving on our shores, and for how much. But don't worry, we'll be updating this page the moment we find out.

For more news on Corsair, please follow us here.