This will hopefully be the final chapter to the back and forth behind the two additional, mystery dies on AMD’s Ryzen Threadripper processors.

Even before Threadripper launched, overclocker der8auer delidded a Threadripper processor on his YouTube channel, revealing what looked to be four dies underneath. This naturally gave rise to speculation that Threadripper CPUs were server-level EPYC chips in disguise, and that these dies could potentially be activated to 'unlock' a 32-core CPU.

However, AMD said at the Threadripper launch that the two extra dies were really dummies put there for structural reinforcement.

That seemed to settle matters, until der8auer bought a retail Ryzen Threadripper 1950X last week and discovered four dies, all of which had clearly discernible silicon structures.

This led him to conclude that there were no such thing as dummy dies, as all four appeared to contain eight processor cores, instead of two dies and two structural silicon slabs as AMD had led people to believe.

But in a tweet addressing the matter, AMD’s James Prior reaffirmed that Threadripper is not an EPYC processor. They reportedly use completely different substrates and dies, and appearances notwithstanding, two of the Threadripper dies are 'basically rocks' for all intents and purposes. 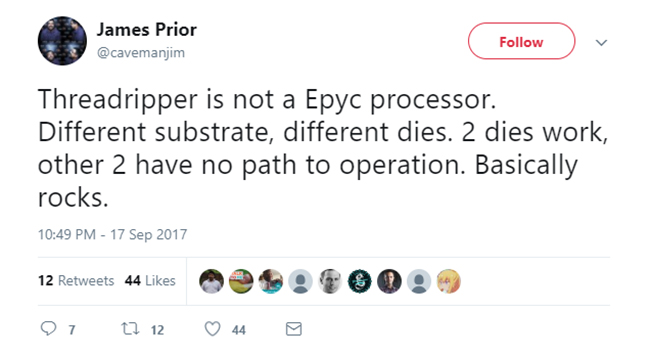 AnandTech’s Ian Cutress then made a flow diagram to better illustrate the situation, and Prior said he was conceptually on the right track. The two extra dies on Threadripper appear functional, but they’re really failed silicon. 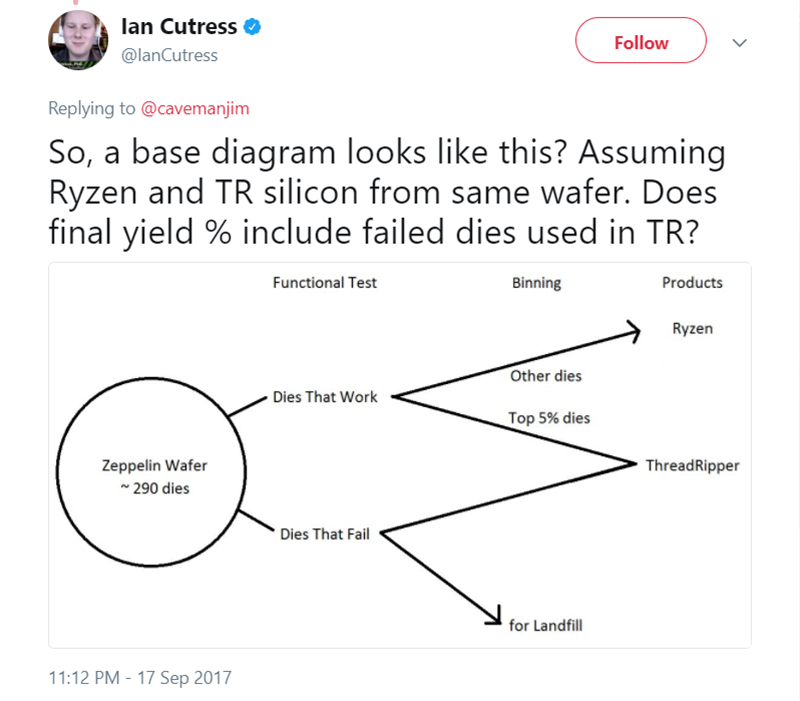 Prior went on the clarify that AMD intentionally described the dies as dummies, instead of inactive, because the latter would give the impression that they could somehow be reactivated.

So there you have it. Sorry guys, there’s no way to turn your 16-core Ryzen Threadripper 1950X into a 32-core processor.