While we’ve already written about Gigabyte having made an X399 Threadripper motherboard for AMD’s new enthusiast-grade CPU, the company also had its Intel X299 motherboards up on display at its booth, along with several of its new features. 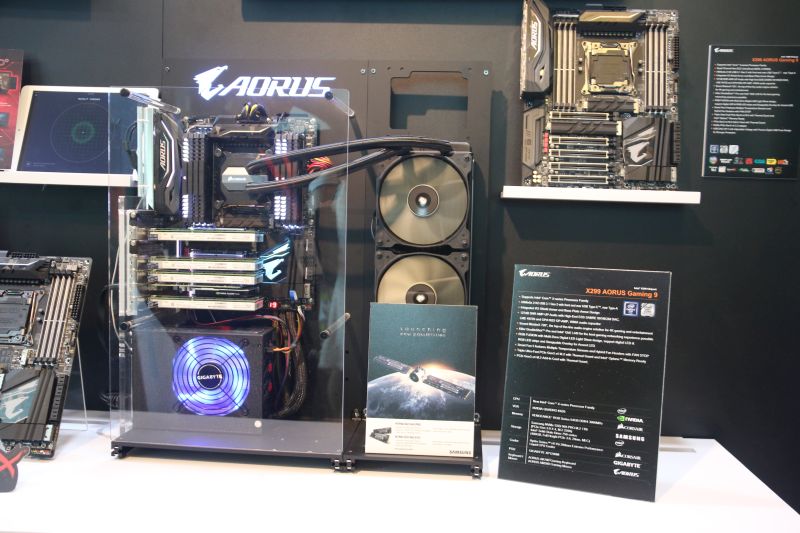 The X299 AORUS Gaming 9 is, as you may have guessed, the company’s top-of-the-line X299 board. It is designed to support both of Intel’s new Core X-series CPUs (both Skylake-X and Kaby Lake-X). One of this motherboard’s primary features is its support for Intel’s Optane Memory. 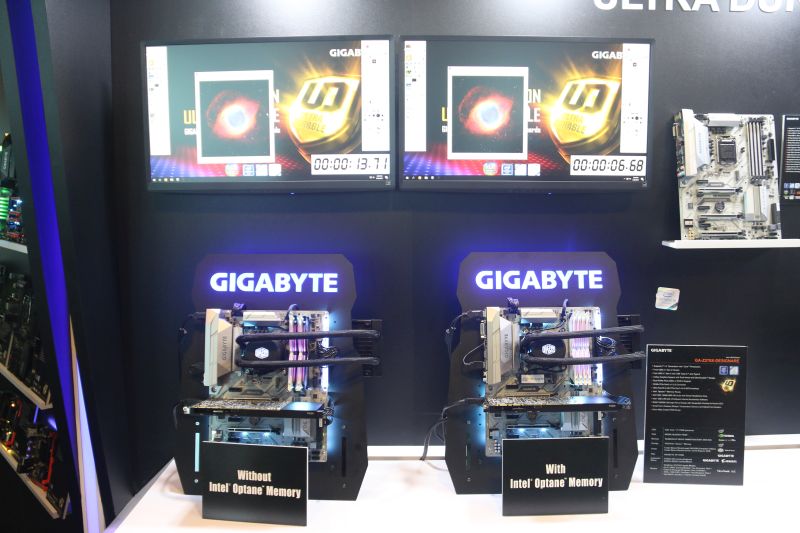 As a quick sum-up: Intel’s Optane Memory is built on the basis of a new memory format called 3D X-Point (pronounced Cross-point, not Ax-point). It works by cutting down loading times, and speeding up the boot-up process of your storage drives. The X299 AORUS Gaming 9 can also house as many as four PCIe SSDs in a single configuration, and from the looks of the pictures above, it is possible to run them off on a RAID 0, 1, 5, and 10 configuration. Moving on, a prominent feature on the X299 AORUS Gaming 7 is the inclusion of Creative's SoundBlasterX 720˚ software, which comes with a new Scout Radar feature that allows you to hear the direction your enemies are coming while you are gaming. Now, both the sound and mechanics of this feature is nothing new, and has been played out by several other of Gigabyte’s competitors, but the company takes this feature to a new level by allowing you to connect the motherboard to your tablet, separating the Scout Radar feature from the main display, and minimizing the amount of HUD functions that would otherwise clutter up the screen. So far, the Scout Radar feature only works with selected titles. RGB is still a prominent feature with Gigabyte and its PC components, as they demonstrated via a strip of RGB LEDs that was connected to one of its systems. Operated by its AORUS RGB Fusion software, one could easily control the way the RGB LED could light up. 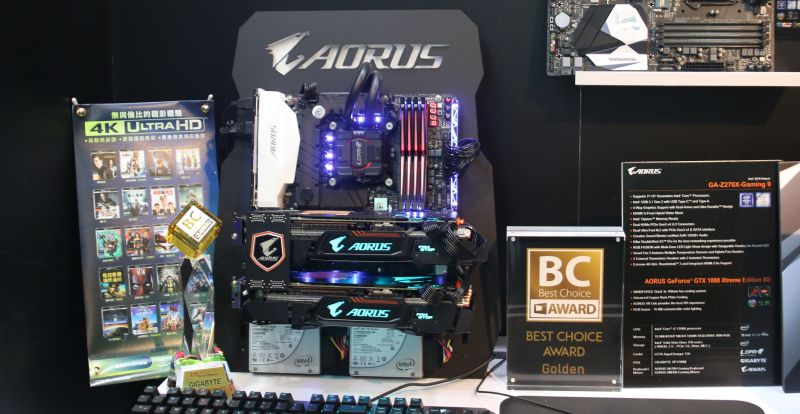 Next, we were given a 4K HDR playback demonstration on the AORUS GA-Z270X Gaming 9 motherboard, which won the Best Choice Golden Award for COMPUTEX 2017. The Z200-series motherboard delivers native 4K Ultra HD and HDCP 2.2 support with Intel HD Graphics via the onboard HDMI 2.0 port. With Cyberlink's PowerDVD 17 Ultra installed, the system was able to handle Ultra HD Blu-ray disc playback on a HDR-supported display. 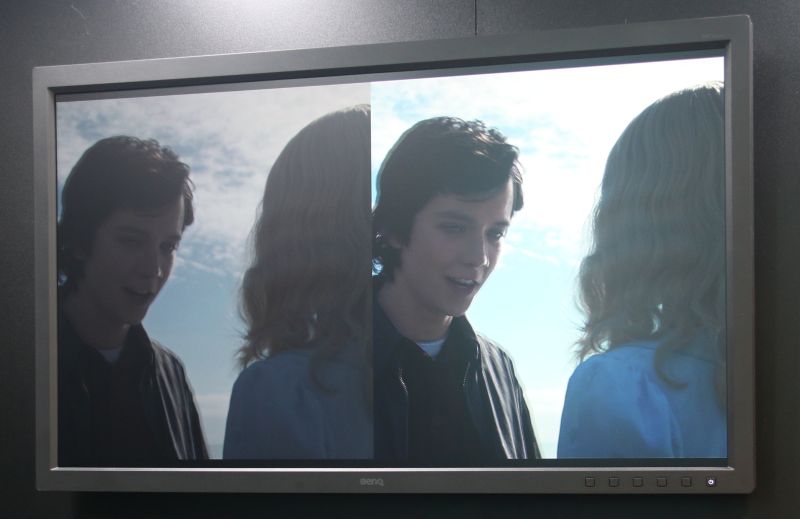 Gigabyte also had another product to feature at its booth: its new Killer xTend PCIe LAN card. The card comprises three Killer Ethernet E2500 chips and a Killer Wireless-AC 1535 module. It works simply by prioritizing bandwidth whenever you are immersed in an online game, but does so without compromising the network quality and efficiency of other PCs and wireless devices on the same line. Another mini-PC that caught our eye was the BKi7HT2-7500. Not only does it sports three USB-C ports (two front USB 3.0 Type-C, one rear USB 3.1 Type-C), the ultra-compact PC also has a pair of microphones on the front to accept Cortana commands should Windows 10 be installed on the system.

Last but not least, we also caught a glimpse of some custom-case mods, all of which prominently featured Gigabyte motherboards and graphics cards. 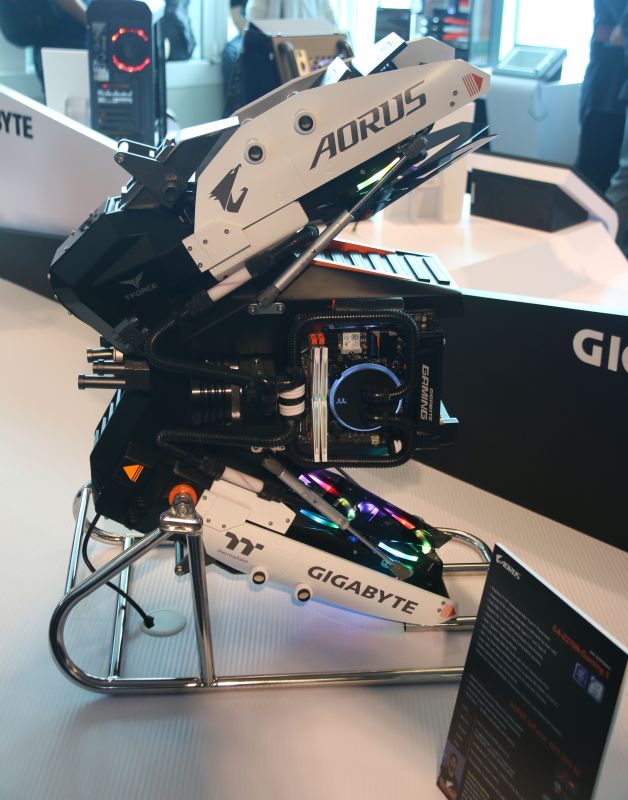 Previous Story
Wi-Fi sharing with friends is possible on iOS 11
Next Story
WWDC 2017: Everything you need to know about macOS High Sierra