Travis the Translator (Travis), a successful crowdfunded project from Indiegogo will be exhibiting their universal voice translator at COMPUTEX this year. 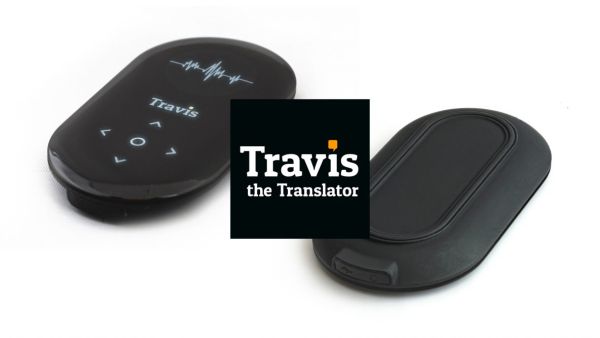 The projects was developed in the Netherlands after receiving over US$630,000 (~RM2.69 million) in crowdfunding from more than 3,500 backers across 80 countries. Travis was designed as a pocket-sized device that uses Machine Learning and artificial intelligence (A.I.) to quickly translate spoken language. Its developers wants Travis to break language barriers to pave the way for effortless communication anywhere, with anyone.

“We designed Travis in a way that you can use it without looking at it. This way, as Travis translates your voice, you can be engaged in the conversation, maintain eye contact and use body language,” said Lennart van der Ziel, CEO, Travis.

Through a partnership with Open Learning Exchange (OLE), Travis has donated over 200 units for the refugee education program to empower people to learn new languages.

Travis's booth will be at G0558 at COMPUTEX this year.

The device will be available globally in the third quarter of 2017. Travis the Translator has a suggested retail price of US$199 (~RM850).