COMPUTEX 2016: Thermaltake sets its sights on the modding scene

COMPUTEX 2016: Thermaltake sets its sights on the modding scene 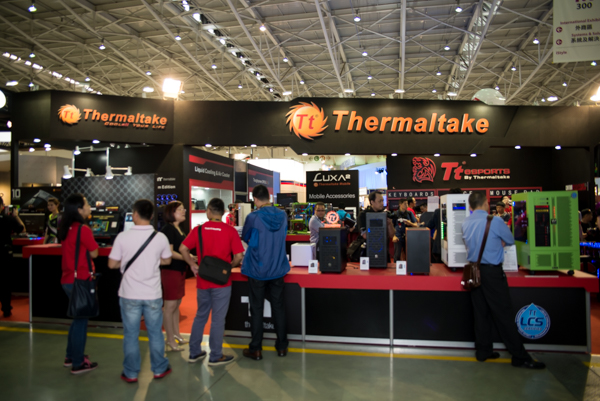 With COMPUTEX 2016 in full swing, Thermaltake didn’t waste any time in unveiling their latest products. Among these products are the Riing RGB fans – 120mm radiator fans that offer up to 256 different color combinations, thanks to multi-colored LEDs. These fans also come with a fan controller for you to customize the LED colors, as well as fan speed.The company also showed us two new colors for its LUXA2 E-One aluminum headset holder – Champagne Gold and Rose Gold.

Last but not least, we were shown the brand new Level 10 M Advanced gaming mouse, which is once again, a collaborative effort between Thermaltake Group and BMW Group Designworks USA. As usual, this isn’t your average gaming mouse. For starters, it has a 3D-steering axis system that lets you customize the angle at which the Level 10 M Advanced sits in the palm of your hand. In addition, it comes with the Air-Through Ventilation system, which helps to direct air to your palm. As for specifications, it has a 16,000 DPI laser sensor, 128KB of internal memory, and RGB lighting effects. 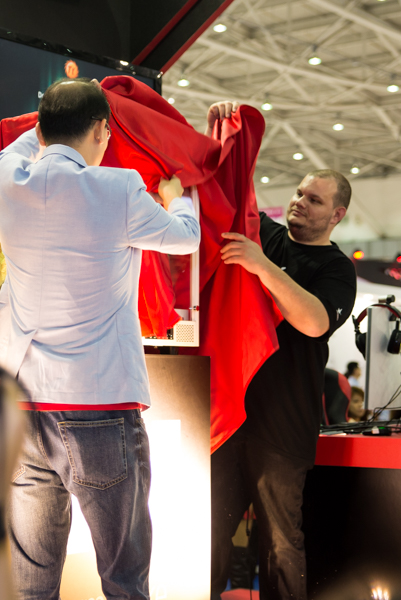 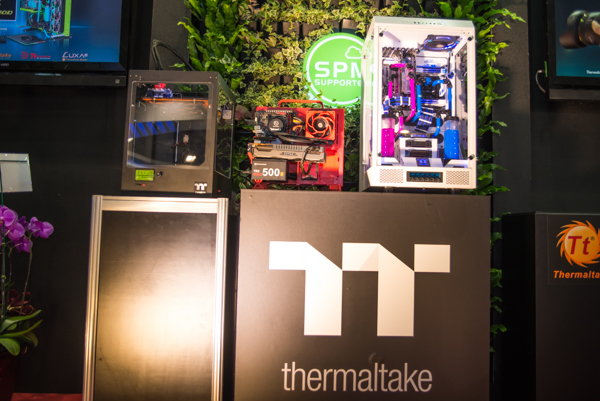 Once the new products were shown, Kenny Lin, CEO and President of Thermaltake Technology, took to the stage to unveil two new PC chassis – ‘The Tower’ and the Core P1. The Tower is actually a design collaboration between Thermaltake and Mathieu Heredia, the co-owner of Watermod France. The Core P1 on the other hand, is a mini-ITX casing that can be printed using a 3D printer! If you have a 3D printer and would like to print the Core P1, the company will upload the 3D files here very soon.