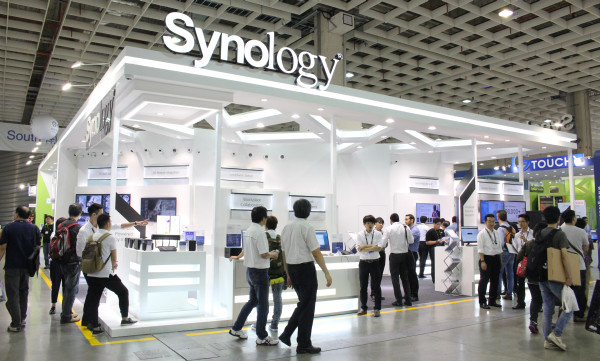 As far as enterprise servers and small business NAS systems go, Synology’s name is definitely up there with the big boys.

Today at COMPUTEX 2016, we went down to their site to see what new NAS devices they had to offer. The new NAS systems which we saw at their booth were: 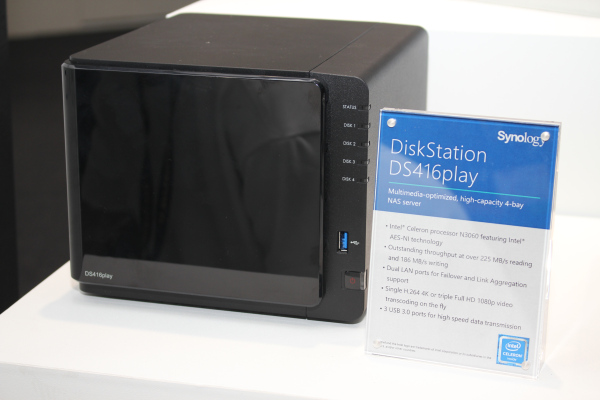 The DS416play is a four bay, 32TB maximum storage solution which runs on an Intel Celeron processor, and has dual LAN ports for Failover and Link Aggregation support. It also comes built with three USB 3.0 ports, so physically transferring files directly into the NAS’s storage bays is fast and fuss-free.

The DS416play will be available globally beginning June 2, 2016 onwards. 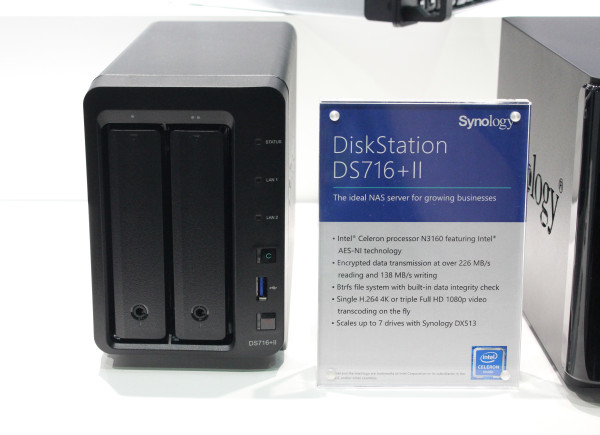 While having been available since the beginning of May, the DS716+II is still one of the models that was showcased at Synology’s booth. While it may only house two storage bays (16TB max), the NAS is still capable of supporting an additional five storage bays via pairing with its older DX513 NAS,. In terms of hardware, it also houses a Celeron processor to help it deal with a myriad of file transfers. 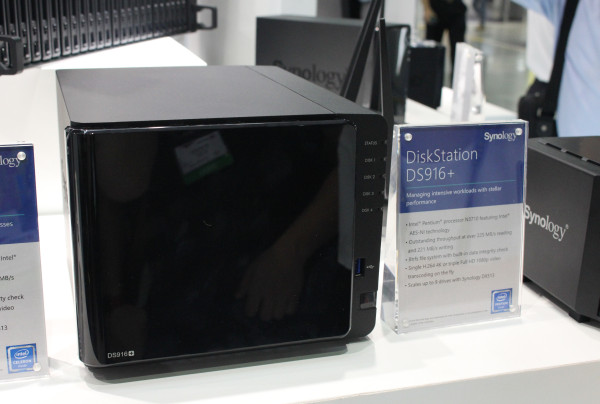 On that note, the DS916+ which can house four storage bays (32TB max), can also be expanded to house an additional five storage bays by also pairing it with the DX513 NAS. 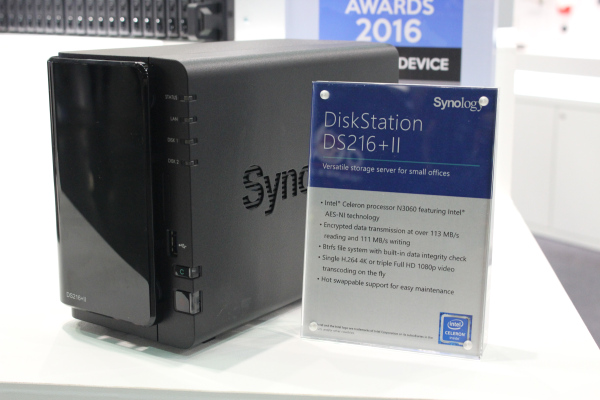 The DS216+II is what we would call the lightweight version of the four NAS device on display. Capable of housing two HDDs with a maximum storage of 16TB, the NAS is also one of the new storage solutions that has hot swapping support for easy maintenance.

With the exception of the DS416slim, every other NAS on that list had one new common feature, and that was the ability to transcode both Full HD and 4K video on the fly. What this means is that users who tend to process a lot of video on the go or even do video editing, can now easily view, pull, or store their videos directly into any one of Synology’s new servers, all without having to worry about the massive lag that usually plagues NAS devices.

The DS416slim and S916+ are already available on the market, while the DS216+II will officially be available from June 2, 2016 onwards.