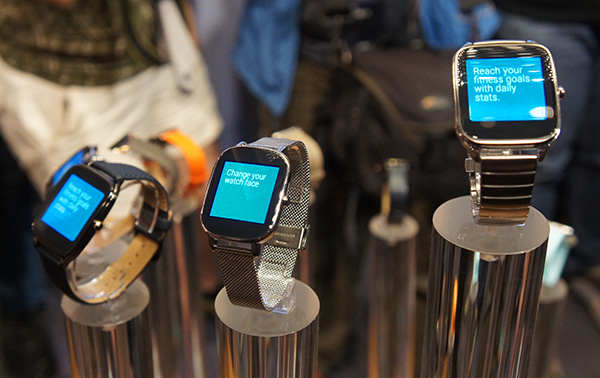 The ZenWatch 2 will be offered with a stainless steel case and will come in either a 41mm or 37mm wide case. There will be three choices of case color finishes - silver, gunmetal and rose gold. The units on show were only prototypes and we weren't allowed any hands-on time so we can't really comment on the finishing or the build quality. However, from what we have seen, the ZenWatch 2 looks really elegant, like a sleeker version of the Zen Watch from last year. 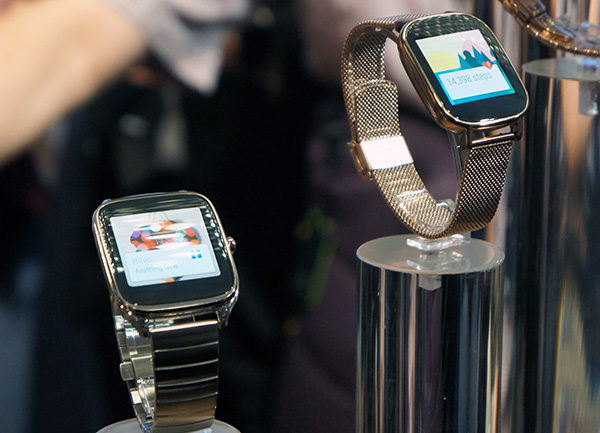 The watches will also be customizable with up to 18 choices of straps, including leather straps, metal bracelets and milanese mesh bracelets. The ZenWatch 2 has typical lugs, so straps can be easily swapped, unlike the Apple Watch which requires a special adapter. The 41mm model can be paired with any 22mm strap, whereas the smaller 37mm model will accept any 18mm strap.

The ZenWatch 2 has been specially designed for all-day wear and features an IP67 water-resistance rating, which means it can be worn even in the shower - just don't take it swimming. Specifications are still hazy at the moment, but according to ASUS, the ZenWatch 2 will be powered by a Qualcomm processor and the display will be an AMOLED one. No word on battery life yet, but the new magnetic charger is supposed to reduce charging times.

ASUS said that more details about the Zen Watch 2 will be revealed later this year, presumably at IFA in Berlin like the Zen Watch.