CompactGUI essentially compresses your games with no visible performance penalties

CompactGUI essentially compresses your games with no visible performance penalties 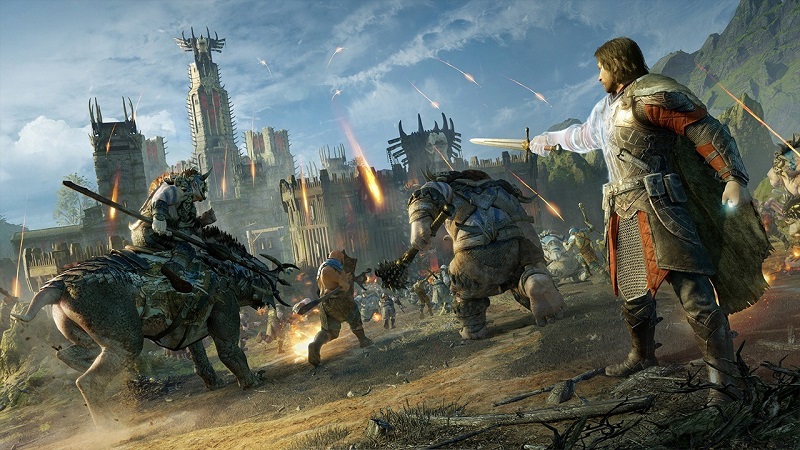 If you’ve ever run out of disk space to install a new game, there may be a solution for that now. CompactGUI is a free, open-source utility that purports to be able to shrink your game libraries, and with almost no performance hit.

It’s based off a Windows 10 compression utility called Compact, which is normally accessed through the command line. However, the new software makes it much easier to use with a simple graphical interface, so practically anyone can try it out for themselves.

Games today can eat up huge amounts of disk space – Middle-earth: Shadow of War requires nearly 100GB – so you’ve probably wished for a way to shrink your game library.

The good news is that this tool seems to be working beautifully, according to users on Reddit. One user reported being able to save 8GB on Total War: Warhammer 2 with zero performance loss, while another talked about reducing their Origin folder, which had Battlefield 1 and Battlefield 4 in it, by over 15GB.

In fact, there’s an entire list of results on Github for various titles that shows roughly how effective the compression has been.

Having said that, it looks like not all games will see equally impressive results. For instance, 2016’s Doom posted space savings of 24GB, while Call of Duty: Modern Warfare showed a mere 168MB reduction.

We observed the same when we tried it out for ourselves as well. Our Overwatch folder shrank by just 180MB, but we were able to save a nice 14GB on Epic Games’ Fortnite Battle Royale. 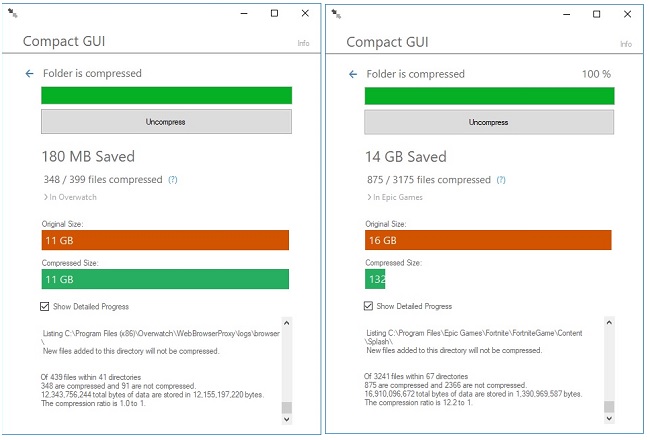 Instead, they’re decompressed in real-time, so you don’t have to unpack the files before playing. You’d expect a performance penalty because of this, but users apparently aren’t noticing any slowdowns. What’s more, the Github description even claims that game load times can improve in some cases.

“For most modern computers there will be no (or very little) performance loss. Those with older HDDs may even see a decent performance gain in the form of reduced loading times as the smaller files means it takes less time to read programs and games into RAM,” the post reads.