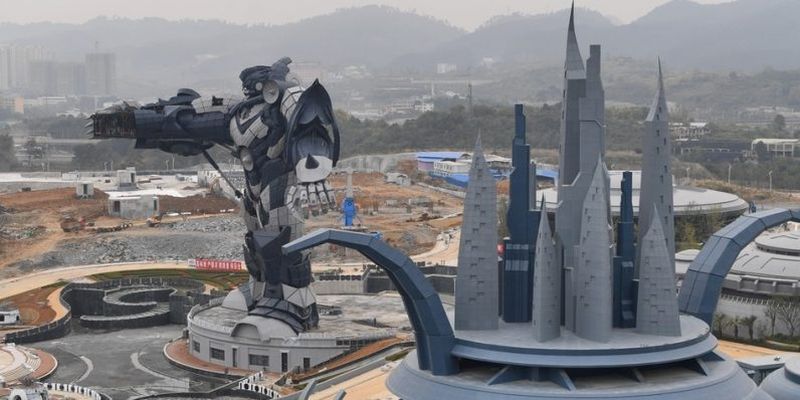 Next month in Guiyang, China, a Sci-fi virtual reality (VR) theme park will be opening its doors to the public. The theme park, called the East Valley of Science and Fantasy, will incorporate movie theaters, a kids zone, restaurants and VR recreation halls.

Leaked images of the theme park show a 174-foot mecha statue as well as alien mothership-like buildings.  There is also a gigantic Transformers statue that is about 53 meters tall, making it the tallest in the world. It apparently cost USD 1.5 billion (~RM6.28 billion) to build.

As they enter the park, visitors will receive a VR headset so they can time travel to the future, navigate through outer space, interact with aliens as well as get on a VR Rollercoaster. Since the theme park will only be partially opened (for now), the only zone that will be available for people to visit would be the 'Alien Base.'

So if you're going to Guiyang city anytime soon, it would be wise to visit the East Valley of Science and Fantasy. Tickets can be booked online.

Source: The Next Web via the Shanghaiist.