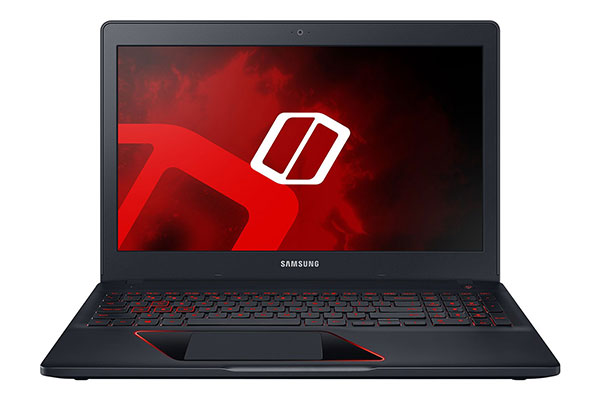 Samsung has announced the Odyssey, a brand new gaming notebook that represents the electronics giant’s re-entry into the gaming space after quite a number of years away. The Odyssey is available in 15.6-inch and 17.3-inch models, and comes equipped with all the gaudy trappings of gaming notebooks like an RGB backlit keyboard and a searing red Odyssey logo on the lid.

In a way, the Odyssey is Samsung’s answer to Lenovo’s just-launched Legion gaming brand, and it looks like we may see a renewed focus on gaming laptops this year. One reason could be NVIDIA’s Pascal GPUs, which allow manufacturers to put 'mobile' cards that offer close to desktop performance in laptops.

The Odyssey is clearly calculated to stand out, although not necessarily in a good way. The trackpad is framed by glossy plastic whose edges glow a deep red, and the 17.3-inch model features an RGB backlit keyboard. The smaller 15.6-inch version only supports a single-color red backlight, not unlike what Lenovo did with its Legion laptops.

Flipping the laptop over reveals a hexagonal mesh that Samsung is calling a HexaFlow vent, which reportedly helps improve airflow around key components. It is held in place with three removable screws, and you can detach it to upgrade the RAM or add more storage. 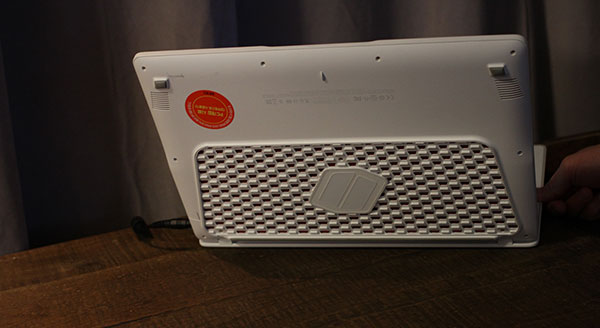 The 15.6-inch model is fairly light at just 2.53kg (the 17.3-inch version weights 3.79kg), but that’s because the laptop is made almost entirely from plastic. This is good for portability, but it does mean that the Odyssey notebooks may end up feeling slightly less sturdy than products from brands like Alienware and ASUS, which tend to use more metal.

Samsung’s key pitch is that it is the most vertically integrated PC maker in the market, but it remains to be seen how this will translate into tangible benefits for the end user.

Here’s a quick overview of the specifications:

The graphics card in the larger model has yet to be nailed down, but it’ll hopefully be at least an NVIDIA GeForce GTX 1070. Another key difference would be the inclusion of a USB-C Thunderbolt 3 port for high-speed data transfers.

The modest specifications on the 15.6-inch Odyssey indicate that Samsung is shooting for the mass market here, and the laptop will start at a reasonable US$1,199 (~RM5,381). It is slated to arrive in February, while its bigger brother has an April launch date.