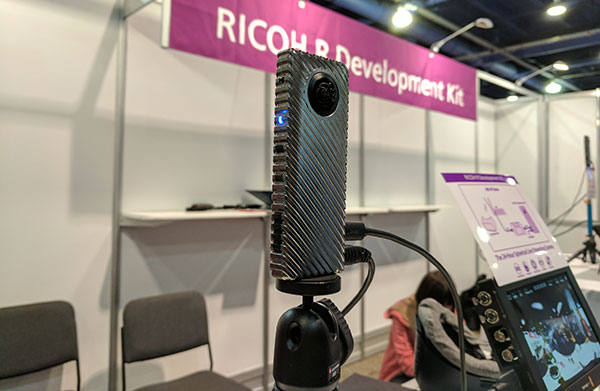 Ricoh’s Theta S is quite a popular and affordable 360-degree shooter, but Ricoh has apparently set its sights elsewhere. The just-announced Ricoh R is a camera that shoots fully spherical video as well, and can also live stream for 24 hours straight.

The Ricoh R actually looks rather similar to the Theta S, save for the deep grooves cutting across its entire body that give it a more rugged look. It is capable of outputting 2K, 360-degree video at 30fps, and can stitch together images from its dual lenses in real time. If you're going offline, the camera can record video to a microSD card.

And while the Theta S can create fairly compelling recordings of a place, the R’s star feature is its live streaming capabilities for greater immediacy.

However, it won’t be hitting retail shelves yet, and is actually being billed as a development kit for entertainers, gamers, educators, and researchers.

Now someone just has to find a reason to record a 24-hour 360-degree video clip.