LG has teased and revealed many new products leading up to CES 2017, and their new audio line-up packs exciting additions to their repertoire. We’re looking at three different sound bars and a bunch of party speaker systems.

First, there’s the LG SJ9 – LG’s first sound bar with Dolby Atmos technology. Dolby Atmos projects sound in a three-dimensional space through the use of 128 audio tracks with its associated spatial audio description metadata. The result is a cinema-like surround sound that appears immersive and emotive. With this, LG joins the likes of Samsung, Yamaha, and Creative for having Dolby Atmos-enabled sound bars.

Other features of the SJ9 include high-resolution '4K Sound' (24-bit x 96kHz x 2 channels), which has the ability to playback lossless audio files. Upconverting is their up-sampling feature that bumps up the audio track’s bitrate to 24bit/192Hz.

The SJ8 sound bar features a slim profile at 38mm-thin and it’s built to play nicely with LG’s CES 2017 television models. It comes with something LG calls 'TV Perfect Fit Kit', a feature that allows users to replace the original stand of certain LG TV models’ with the SJ8 sound bar itself. Other goodies include 4K Sound and Chromecast support. 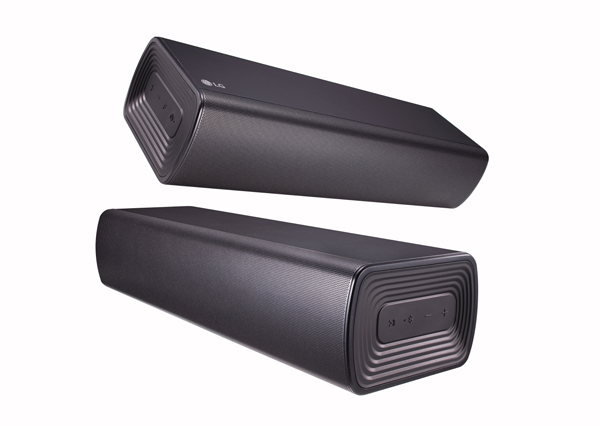 The SJ7 is a 320W sound bar that uses a split bar design. Both pieces of the SJ7 can be laid down or stood upright. Users can connect both halves wirelessly to get stereo sound. One of the halves contains a built-in battery, so it can act as a rear speaker or a portable Bluetooth speaker – it's all decided with a flip of the switch. 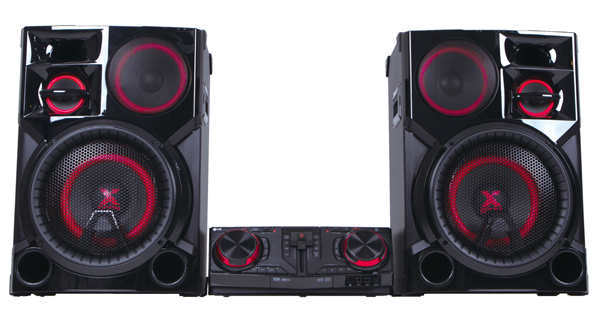 LG also brought two new LOUDR party speakers to the show. First is the LOUDR CJ98, a 3,500W standing speaker setup that packs features tailored for parties and gatherings. Party Thruster is a throttle for controlling the build-up to a dance track. Karaoke Star is made to suppress vocals from songs, and karaoke lovers can alter the track’s key as they go along. The LOUDR OJ98 is a different all-in-one speaker system and it has Sparkle Lighting – it pulses and reflects lights in accordance to the music’s rhythm. OJ98  stands at 109cm tall. Finally, there’s the LOUDR FJ7, a 400W portable speaker with handles and wheels.

All these audio products will be showcased at CES 2017, found in LG’s booth - Booth #11100, Central Hall, Las Vegas Convention Center. Pricing and availability details have not been announced yet.