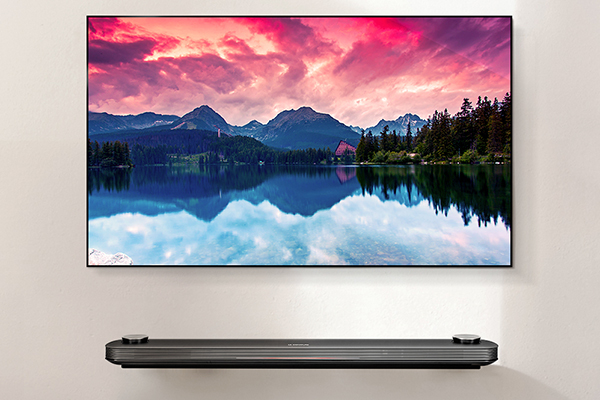 Like clockwork, LG has unveiled its OLED 4K HDR TV lineup for the year at CES 2017. Spearheading the charge are two 'LG Signature' models: the Signature W7 and Signature G7.

The LG Signature OLED W (a.k.a. the W7) - where 'W' stands for wallpaper - is a super-thin 4K OLED TV with a new 'picture-on-wall' design. Available in 77- and 65-inch screen sizes (the latter is only 2.57mm thick), it has two distinct parts: the main display and a Dolby Atmos sound bar that also houses the brains of the TV. The two components are connected via a proprietary cable that you’re supposed to bury in the wall or hide behind a false wall. The other Signature OLED TV is the G7, the successor to last year’s G6. Available in 77- and 65-inch screen sizes, it has the same 'picture-on-glass' design as the G6. Like the W7, the G7 supports Active HDR that analyzes and optimizes HDR10 content scene-by-scene. It also plays nice with the Dolby Vision HDR format and the HLG HDR standard for broadcast TV. The G7’s built-in 4.2-channel sound bar supports DTS-HD and Dolby Atmos, too. 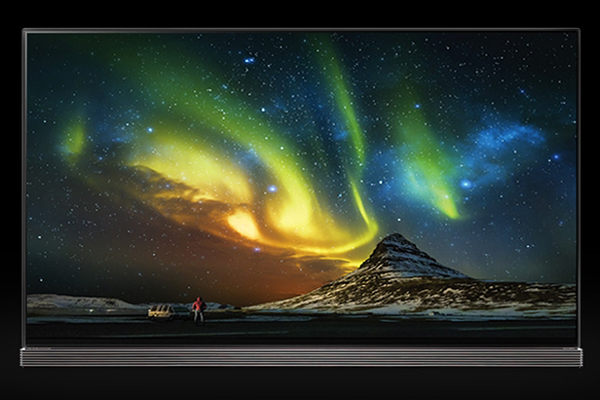 Other series in LG’s 2017 4K OLED TV lineup include the E7, C7, and B7 - basically direct successors to 2016’s E6, C6, and B6. If anything, it’s worth noting that the C7 is now flat too (the C6 is curved) and none of the 2017 models support 3D. Like the two Signature models, these TVs gain some brightness improvements (always critical for HDR), support every HDR format under the sun (HDR10, Dolby Vision, HLG HDR), and run WebOS 3.5. In short, you lose very little in terms of picture quality if you were to buy these step-down models.

Local pricing and availability details of LG’s 2017 OLED 4K HDR TVs aren’t available at the moment. In the U.S., the Signature OLED W7 is expected to hit stores in March.