This year's Consumer Electronics Show (CES) is just around the corner and ECS has announced that it will showcase its latest LIVA Z family. For the uninitiated, the LIVA Z series of products from ECS comprises of several mini PCs. The updated series will include the LIVA Z, LIVA ZE, and the LIVA Z Plus. In addition, there's also a new mini PC called the LIVA XE. 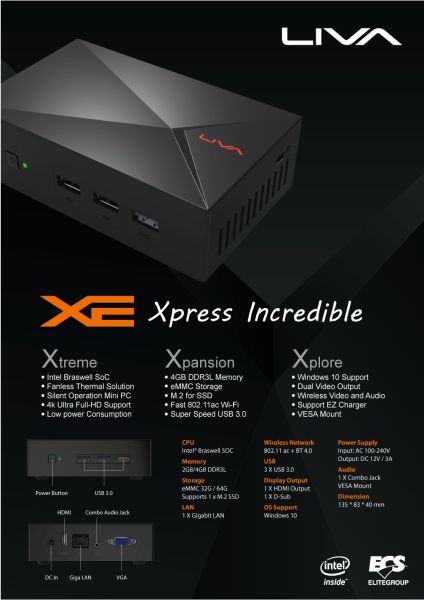 The LIVA XE has dimensions measuring 1,156 x 83 x 51 mm, and can comfortably fit in your palm. It features an Intel Braswell processor, which allows it to support up to three USB 3.0 ports. As for the LIVA Z, it is equipped with a 14nm Intel Apollo Lake quad-core processor, and is able to support 4K UHD content. 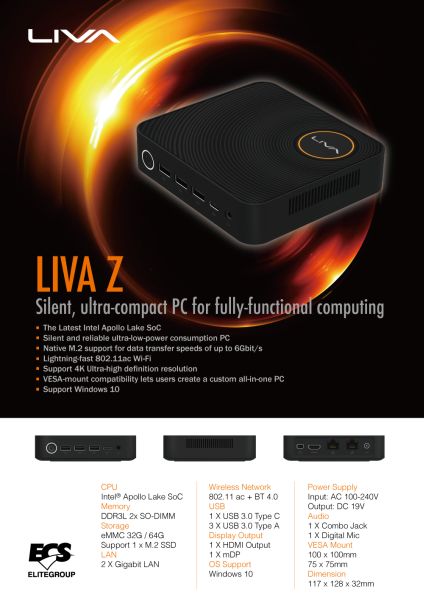 Also being showcased is the LIVA ZE, which supports the RS 232 Com port, and both M.2 as well as SATA interfaces. Last but not least, there's the LIVA Z Plus, which runs on a 7th generation Intel Core processor, supports up to 16GB of DDR4 RAM, and supports 4K content. 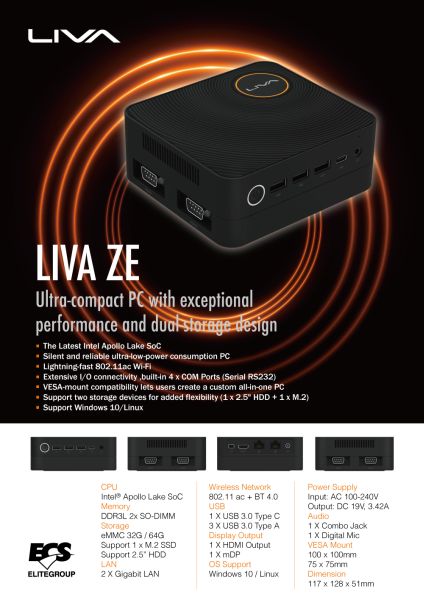 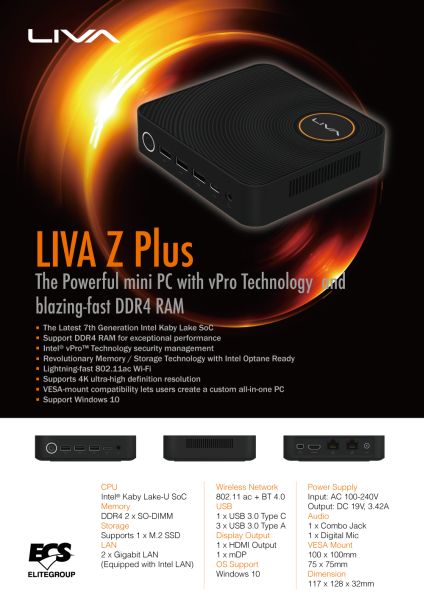