CES 2017: AMD to reveal details of their Vega GPU architecture

CES 2017: AMD to reveal details of their Vega GPU architecture 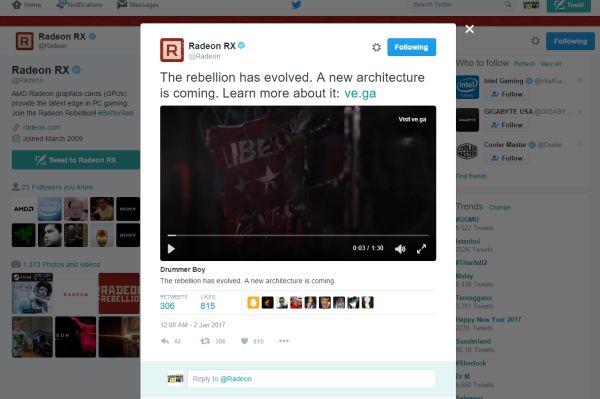 AMD has provided an official announcement date for their Vega GPU architecture: in a little more than two days, the company will unveil their new architecture during their keynote at CES 2017, the world’s biggest tech trade show that is held annually at Las Vegas, Nevada, in the U.S.

The first teasers of AMD’s Vega GPU architecture first came about in the form of a tweet via their Twitter account a week ago, just before the end of 2016. The tweet was vague, portraying nothing more than an individual standing in a dark room, walking towards a light at the end of the room. 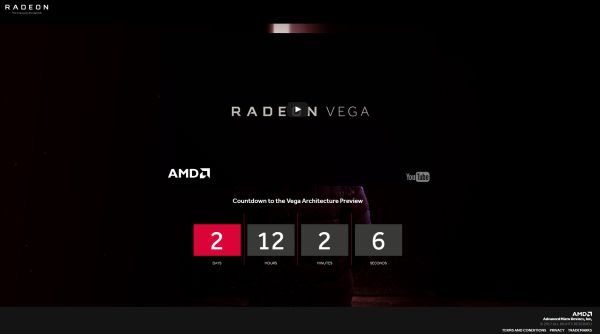 Then, just yesterday, AMD pulled back the curtains and tweeted a video (It’s already on YouTube, but we’ve embedded it below for your convenience), aptly titled 'After the uprising.' At the end of the tweet, AMD also provided a link, cleverly addressed as ve.ga.

Clicking on the link brings viewers directly to a page that displays a countdown timer that, at the time of writing, had two and a half days left on it. In addition to the timer, AMD had also embedded the same video it had tweeted at the top of the page.

Vega is a big thing for AMD. It’s the company’s first new enthusiast-level GPU architecture to be announced in several years. Leaks from several sources and the buzzwords flying around the internet suggest that Vega will have four times higher power efficiency and twice the peak throughput per clock, though what sort of card these claims were being compared to were very vague.

Other features that were stated include Next Generation Compute Engine, 8x capacity per stack (compared to HBM?), and a High Bandwidth Cache / Controller, among others things.