CES 2016: Sony wants to drop the Bass with these new speakers

CES 2016: Sony wants to drop the Bass with these new speakers

Sony attempts to romance bass-lovers by announcing a slew of bass-oriented audio products at CES 2016. The EXTRA BASS is a feature that uses DSP (digital signal processing) technology to process frequencies based off the source without degrading audio quality. EXTRA BASS is available specifically in the GTK-XB7 One Box High Power Audio System, the SRS-XB3 and SRS-XB2 portable wireless speakers, and MDR-XB650BT Wireless Headphones. 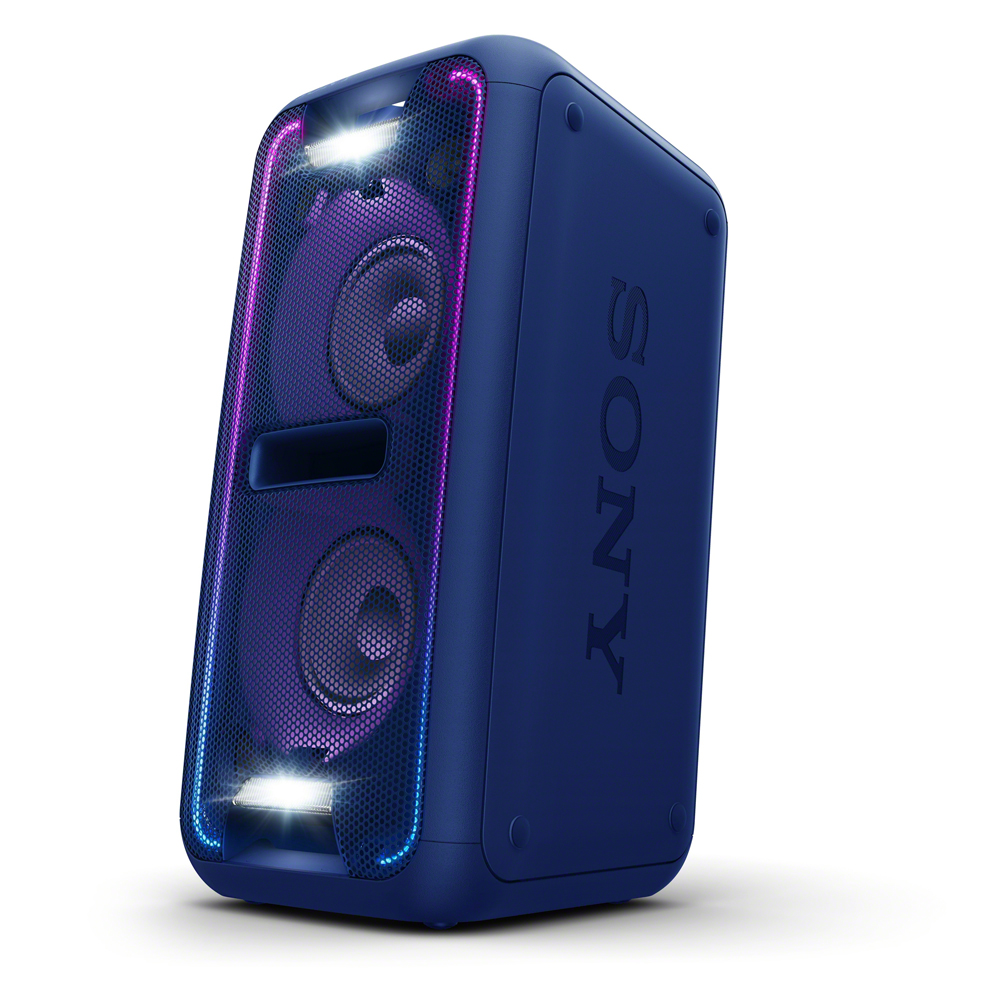 The GTK-XB7 is a single standing speaker tuned for dance tracks that comes with its two 16cm woofers, three 5cm cone-type tweeters, EXTRA BASS functionality, and 12 flashy lighting modes via its integrated multi-colored LED lights. It is designed for bigger parties and loud social gathering, given its features.

The standing speaker provides wireless Bluetooth and wired AV input, and two mic inputs. They didn’t specify which Bluetooth version is used here, but it does support SBC, AAC, audio codecs, as well as Sony’s proprietary Bluetooth profile, LDAC. The XB7 is NFC-enabled, allowing you to pair and play audio from your smartphone or tablet swiftly. The GTK-XB7 also comes with a charging USB port that’s compatible with MP3, WMA, and WAV formats, enabling you to plug in any USB audio device that contains your digital audio files while keeping your device topped off with sufficient juice. 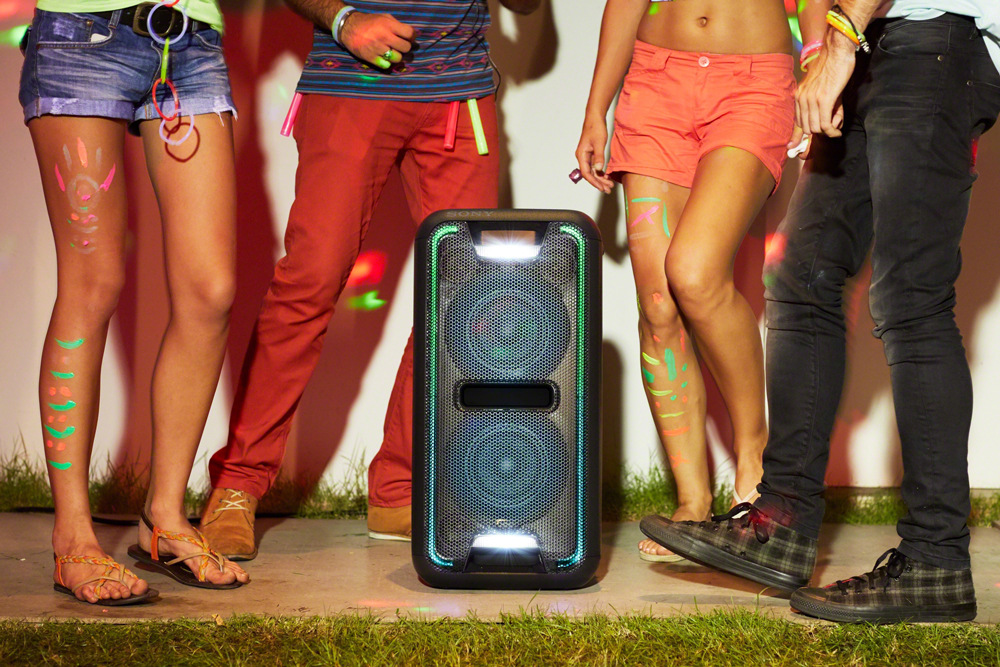 The speaker also support Party Chain, a daisy-chaining feature that links up multiple XB7 units using Bluetooth for more broadcast power. Each speaker weighs 12kg, and they come with built-in handles for easier transportation, and can be placed horizontally on the floor, or standing upright to accommodate various speaker orientation layouts. 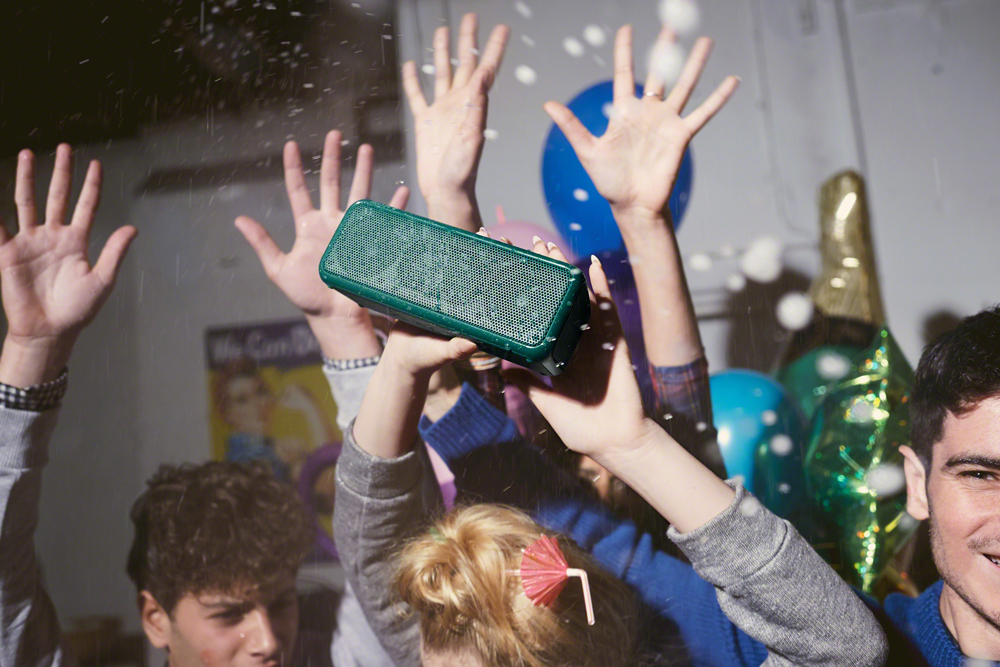 If you don't wish to lug around 12kg speakers, there’s the 480g SRS-XB2 and slightly bigger 930g SRS-XB3 wireless speakers. These speakers have 12 and 24 hours of playback respectively, but they both come with the EXTRA BASS feature, which can be toggled off or on. 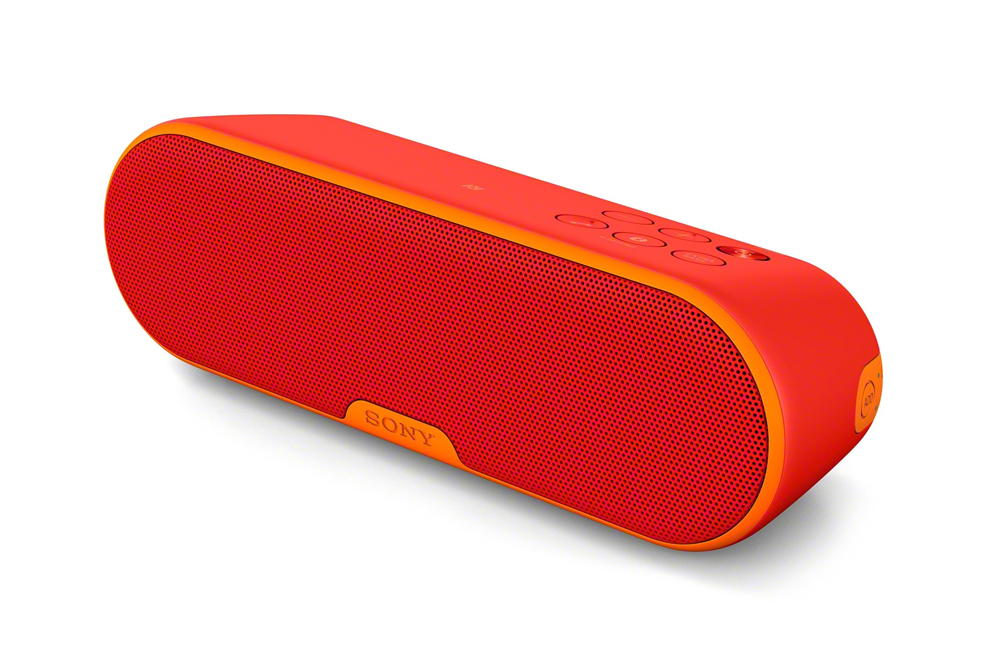 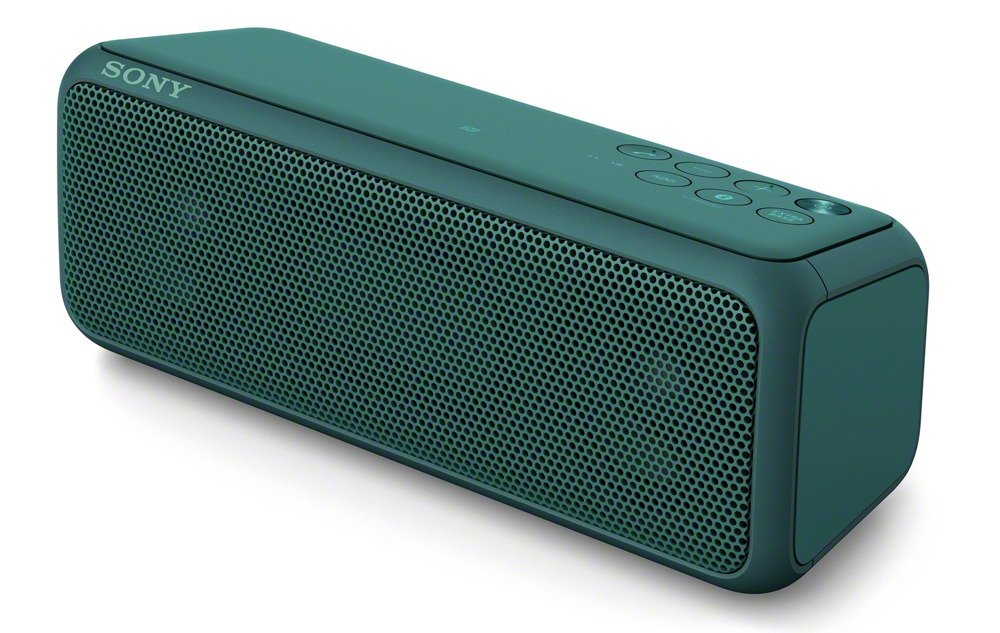 The Sony SRS-XB3 shares the same wireless and wired capabilities, but they come with a 48mm full range speaker unit and two passive radiators instead. To accommodate the higher audio output, the XB3 comes with more battery capacity, and therefore a slightly larger size (211mm x 80mm x 83mm).

Both wireless speakers share some of the same features. XB2 and XB3 supports NFC-pairing, and they are both splash resistant (IPX5). They also support daisy-chaining via the Speaker Add function, which in turns comes in either Double mode (where both speakers will play the full tracks back together) or Stereo mode (where the speakers will also play but in left-right stereo). 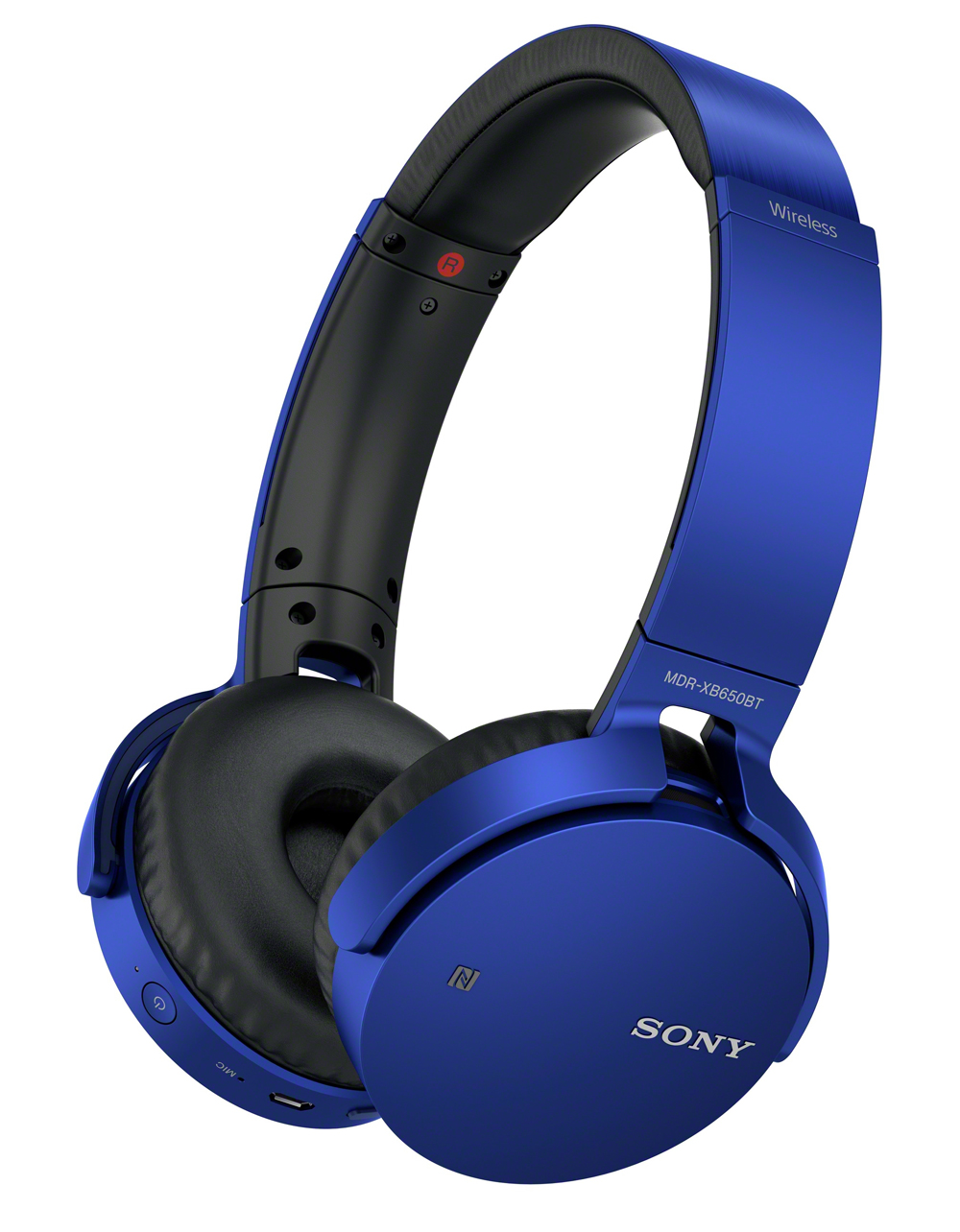 The MDR-XB650BT is a closed-back headphone that comes with an EXTRA BASS feature that can be toggled off or on too. The headphone’s 30mm drivers use a bass booster structure and a dedicated diaphragm for the EXTRA BASS functionality. Despite its bass-heavy add-ons, the MDR-XB650BT weighs just 190g. 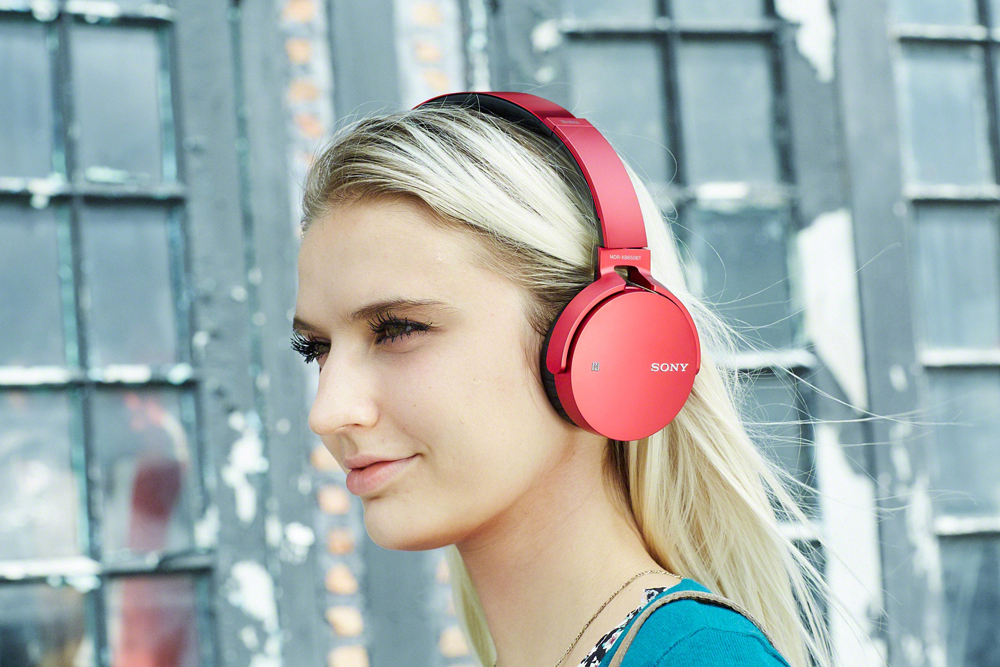 It uses Bluetooth 4.0 (A2DP, AVRCP, HFP, HSP) for wireless connectivity, supporting SBC, AAC, and aptX audio codecs. It boasts a maximum of 30 hours playback, and you can charge it via USB in four hours. The MDR-XB650BT can be used like a normal pair of headphones too, with a frequency range of 20 - 20,000Hz. The NFC-pairing feature allows the user to easily pair their audio devices to the headphone as well.

The EXTRA BASS-enabled GTK-XB7, SRS-XB3 and SRS-XB2, and MDR-XB650BT by Sony will be available in selected Asia Pacific countries from March 2016.