CES 2016: The Ember is a device that lets you measure your blood's oxygen levels

CES 2016: The Ember is a device that lets you measure your blood's oxygen levels 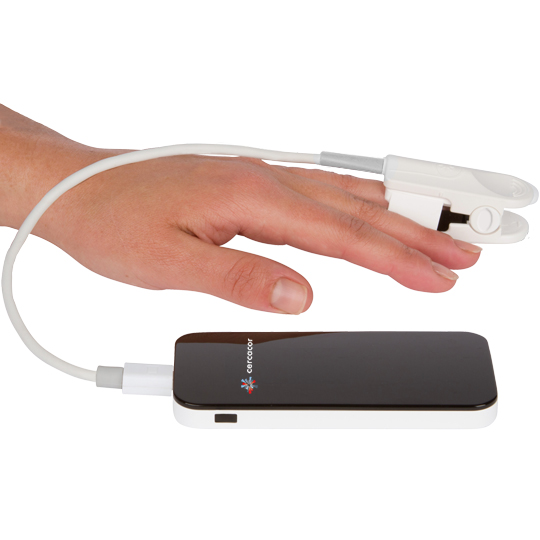 Ember is a personal fitness tracker that measures your hemoglobin and pulse rate, allowing you to track your blood’s oxygen levels, which is an indicator to a runner’s progress as an endurance athlete. The device can get a reading in 90 seconds, and is designed for serious sports professionals who desire an insight into the effectiveness of their training, their physiology, and their potential.

Ember is unique in the way that it can track your blood’s oxygen levels without any invasive methods. It’s not a wearable, but that doesn’t stop the Ember from being portable. The sensor is a clip-on worn around the tip of your finger, which leads to a dongle that tracks the readings. The tracker device can then be paired with an iOS app and data is recorded via an interactive historical graph, which allows the user to review daily fluctuations and elevations impact.

Currently, a small group of triathletes and cyclists, together with a team of Exercise Science professors are trying out the device. Ember will make its very first public debut at CES 2016.