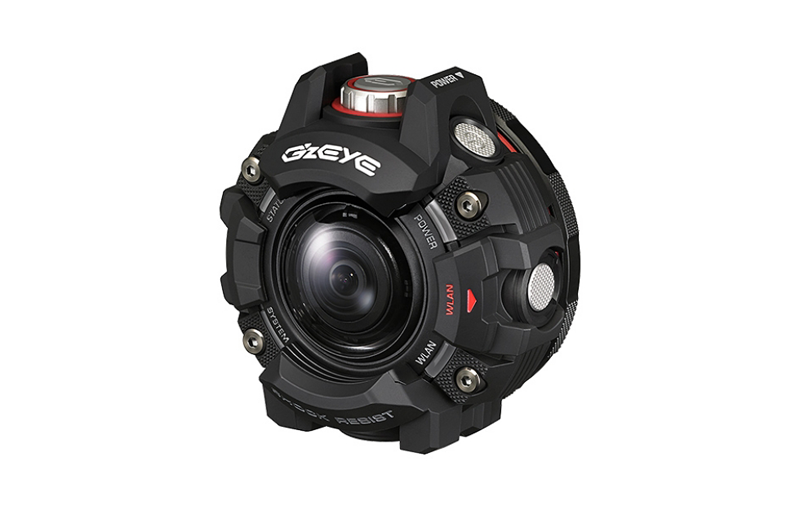 If there is one thing that Casio’s G-Shock watches are fondly known for, it would have to be their exceptional durability. It’s no wonder, then, that Casio has adopted the tried-and-tested design principle of G-Shock watches for the new GZE-1 action camera, which is near-impenetrable against the elements of Mother Nature.

To be specific, the GZE-1 is able to withstand drops from up to four meters, thanks to its incredibly thick resin body coating and urethane bumper; survive submerged at depths of up to 50 meters; and function normally even when the temperature drops to -10°C. The body of the GZE-1 also has an IP6X dust-resistance rating, which means you can bring it with you to the beach without having to worry about sand wreaking havoc on its internal components.

The imaging capabilities of the GZE-1 is pretty modest compared to, say, the recently launched GoPro HERO6 Black. It has a 13mm f/2.8 equivalent lens and a 21MP 1/2.3-type backlit CMOS sensor, but is only capable of churning out 6.9MP photos, and Full HD (1,920 x 1,080) videos. It is, however, capable of capturing 240 fps slow-motion videos, which are kept rocksteady with the help of its integrated three-axis electronic image stabilization.

As the GZE-1 doesn’t have a built-in display for viewing or framing your photos and videos, you’ll have to resort to your smartphone, the optional 'GEC-10' remote controller, or the PRO TREK Smart 'WSD-F20' Android Wear smartwatch.

No word on how much the GZE-1 will be retailing for, but it’s expected to go on sale in Japan by the end of this month. Whether it will be sold outside of its native country remains to be seen.