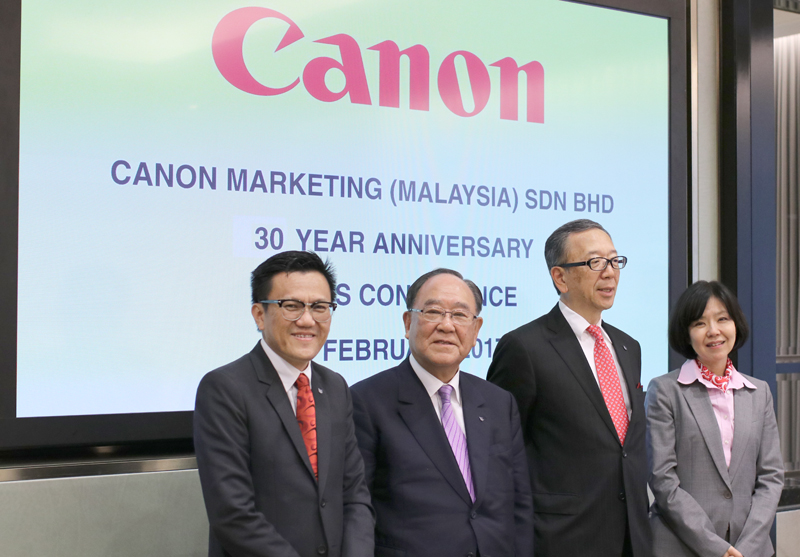 To celebrate its 30th anniversary here in Malaysia, Canon Marketing Malaysia is currently running a week-long roadshow at Mid Valley Megamall. The occasion is a rather big one, as Fujio Mitarai, Canon Inc.'s Chairman and CEO, was in town to celebrate as well, and we had the opportunity to speak to him about the future of the company in Asia.

One of the first things that he was asked was if the camera phone industry is eating into the camera business. To this, Mitarai answered that yes, the sales of compact cameras have slowed down because of camera phones, but he doesn't believe that these market segments will disappear, as compact and mirrorless cameras will always outperform camera phones in terms of raw performance. As for Canon's DSLR market, it remains unaffected by

Mitarai then continued to say that should the opportunity arise, Canon will definitely look into ways it can work with smartphone manufacturers on projects that could help both parties.

If you're wondering what are Canon's future plans, the subject of Canon acquiring Toshiba Corp.'s medical unit was brought up, and to this, Mitarai said that the only way to grow a business is to find a segment that is not yet mature, and has good potential to grow. One such segment is the medical field, and technologies like x-ray systems will likely be in higher demand as the world's population grows.

The course of the conversation then turned towards Malaysia, where a question about what were the company's plans were for the local market came up. Andrew Koh, President and CEO of Canon Marketing (Malaysia) Sdn. Bhd. Answered this, saying that many other activities will be held in conjunction with the company's 30th anniversary, such as Company Social Responsibility (CSR) activities.