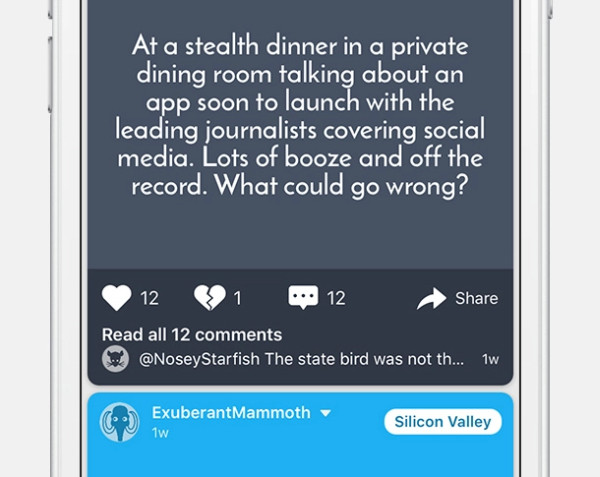 Messaging apps are a dime a dozen, and can be downloaded from either the Apple Store or the Google Play Store. But as popular as they are, not all of them provide their user base with end-to-end encryption such as Telegram or WhatsApp. Even then, these apps are apparently still not as secure as one would like to believe.

Candid, a new messaging app which launched very recently, is seeking to make messaging safe not just for people, but more specifically, it’s targeting the teenage market so as to provide the age group with a new alternative where they can discuss difficult matters without all the trolling, insults and hateful comments that are usually quick to follow from anonymous individuals on social media.

The app, which Bindu Reddy, its creator and CEO of After School (the company behind it), described to a reporter at Fortune, was created out of frustration for not being able to share her opinions on social media.

“I have a lot of opinions about everything and I think a lot of people do too,” she told Fortune. Unfortunately, it’s increasingly hard to share these opinions openly because “everything that we say gets judged because our network is there all the time,” Reddy added.

Bindu hopes that with Candid, the app can curb the harassment and abuse that usually arise from anonymous posts, all the while making the app relevant to the company’s goal of creating the app. Using Candid will allow users to sign for discussion they would like to engage in, such as politics, celebrity gossip, or cooking recipes to name a few.

The app is currently available on Google Play and the Apple Store, but it seems to be limited in the U.S. at this time.